Raised in Upper Austria he started to study French and cinematography in Paris. In 1964 he began to study medicine in Vienna, but changed soon to mathematics, with an emphasis on logic.

Starting in 1965 from semiotic and linguistic reflections (Austin, Jakobson, Peirce, Wittgenstein), Peter Weibel developed an artistic language, which led him from experimental literature to performance. In his performative actions, he has explored not only the "media" language and body, but also film, video, television, audiotape and interactive electronic environments. Critically he analyzed their function for the construction of reality. Besides taking part in happenings with members of the Vienna Actionism, he developed from 1967 (together with Valie Export, Ernst Schmidt Jr. and Hans Scheugl) an "expanded cinema" inspired by the American one and reflects the ideological and technological conditions of cinematic representation. Weibel elaborated on these reflections, from 1969, in his video tapes and installations. With his television action "tv und vt works", which was broadcast by the Austrian Television (ORF) in 1972, he transcended the borders of the gallery space and queried video technology in its application as a mass medium. In 1966 he was with Gustav Metzger, Otto Muehl, Wolf Vostell, Hermann Nitsch and others a participant of the Destruction in Art Symposium (DIAS) in London.

Peter Weibel followed his artistic aims using a large variety of materials, forms and techniques: text, sculpture, installation, film and video. In 1978 he turned to music. Together with Loys Egg, he founded the band "Hotel Morphila Orchester" (orchestra). In the mid-1980s, he explored the possibilities of computer-aided video processing. Beginning of the 1990s he realized interactive computer-based installations. Here again he addressed the relation between media and the construction of reality.

In his lectures and articles, Weibel commented on contemporary art, media history, media theory, film, video art and philosophy. As theoretician and curator, he pleaded for a form of art and art history that includes history of technology and history of science. In his function as a university professor and director of institutions like the Ars Electronica (in Linz, Austria), the Institute for New Media in Frankfurt and the ZKM | Center for Art and Media Karlsruhe, he influenced the European Scene of the so-called computer art through conferences, exhibitions and publications.

From 1976, Peter Weibel taught at numerous universities, among others at the Universität für Angewandte Kunst in Vienna, the Nova Scotia College of Art and Design in Halifax, Nova Scotia, Canada, and the Gesamthochschule Kassel. In 1984 he was appointed to teach for five years as Associate Professor for Video and Digital Arts at the Center for Media Study at the State University of New York in Buffalo, New York. The same year, 1984 he became Professor for visual media at the Universität für Angewandte Kunst in Vienna. In 1989 he was assigned to set up the Institute for New Media at the Städelschule in Frankfurt, which he headed until 1994.

Since 1986 Peter Weibel worked as artistic advisor for the Ars Electronica, which he then headed from 1992 until 1995 as its artistic director. From 1993 to 1999, he curated the pavilion of Austria on the Venice Biennial. In the same period, from 1993 to 1999, he worked as chief curator at the Neue Galerie am Landesmuseum Joanneum in Graz, Austria. Since January 1999 Peter Weibel was Chairman and CEO of the ZKM Center for Art and Media.

Austrian art dealer and patron of the arts 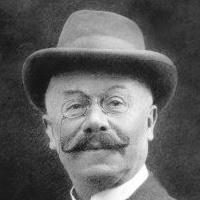