Peter Waterman (8 December 1934 – 16 January 1986) was an English boxer and a British and European welterweight champion.

Waterman was born in Stepney, East London, England, one of nine children of Rose Juliana (née Saunders) and Harry Frank Waterman. His brother Dennis Waterman became an actor and singer. His father had been an amateur boxer and made all of his sons box.

He began boxing at the age of 11 and had an amateur career winning 121 of his 130 bouts. In 1952 he represented the United Kingdom at the 1952 Summer Olympics at Helsinki, Finland, in the light-welterweight class.

When Waterman was 18 he became a professional and won the British welterweight title in 1956. In 1957 he beat Emilio Marconi to gain the European welterweight title. In April 1958 after a fight with British lightweight champion Dave Charnley he had to be helped to the dressing room, a few months later Waterman underwent brain surgery and never fought again.

He died suddenly in Islington at the age of 51.

The contents of this page are sourced from Wikipedia article on 07 Jun 2020. The contents are available under the CC BY-SA 4.0 license.
comments so far.
Comments
From our partners
Sponsored
Reference sources
References
http://boxrec.com/en/boxer/11106
http://boxrec.com/media/index.php/Peter_Waterman
Trending today in 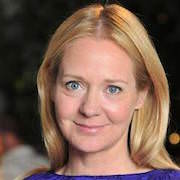