Peter Travers is an American film critic, journalist and television presenter, who has written for People and Rolling Stone. Travers also hosts the film interview show Popcorn with Peter Travers for ABC News.

Travers has a Master of Arts degree in English from New York University.

Travers joined Rolling Stone in 1989 after a four-year stint with People. According to eFilmCritic.com, Travers is the nation's most blurbed film critic. Some of the contemporary directors he is most receptive to based on ratings and placement in top ten lists include Martin Scorsese, David Lynch, Paul Thomas Anderson, Clint Eastwood, Christopher Nolan, Joel and Ethan Coen, and Ang Lee. He has also shown a great deal of disdain for certain directors, most notably Michael Bay and his films. Travers also hosts The New York Film Critics Series, a company that hosts live-streamed screening events and discussions. He also hosts the ABC News show Popcorn with Peter Travers interviewing actors and directors about the latest projects and their lives.

The contents of this page are sourced from Wikipedia article on 11 Jul 2020. The contents are available under the CC BY-SA 4.0 license.
View Peter Travers 's image gallery
Image Gallery 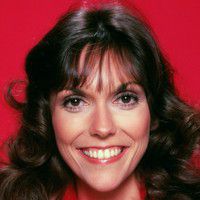