J. Peter Terpeluk Jr. (February 18, 1948 – August 23, 2011) was a Republican politician from Pennsylvania and an American diplomat who was the United States Ambassador to Luxembourg for part of the tenure of President George W. Bush.

From 1972 to 1981, Terpeluk served as town manager in two townships in southeastern Pennsylvania and later served in the Small Business Administration until 1984. He founded the consulting firm Terpeluk and Associates in 1986, which he continued to operate while a principal in the Washington office of the firm S.R. Wojdak & Associates from 1989 to 1993. He served as finance chairman for the Republican Party.

President George W. Bush nominated Terpeluk in December 2001, and the U.S. Senate confirmed Terpeluk on March 20, 2002. Terpeluk swore his oath to the President on April 17, 2002, and presented his credentials to Henri, Grand Duke of Luxembourg on April 30, 2002. From 2002 to 2005, he served as United States ambassador to Luxembourg.

From 2009 until his death, Terpeluk served as national finance chairman for the Republican National Committee. Terpeluk died on August 23, 2011, of a heart attack when he was leaving his Chevy Chase, Maryland home to meet Texas Governor Rick Perry.

The contents of this page are sourced from Wikipedia article on 07 Jun 2020. The contents are available under the CC BY-SA 4.0 license.
View Peter Terpeluk, Jr. 's image gallery
Image Gallery 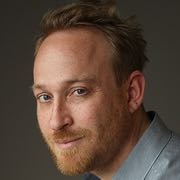