Peter Gerald Scully (born 13 January 1963) is an Australian child rapist. In June 2018, he was found guilty of one count of human trafficking and five counts of rape and sentenced to life in prison. He remains on trial for numerous other crimes against children, including the production and dissemination of child pornography, torture, and murder.

Peter Scully lived in the Narre Warren suburb of Melbourne, Victoria, Australia with his wife and two children prior to fleeing to the City of Manila, Philippines, in 2011 before he could be charged with his involvement in a property scheme that cost investors over $2.68 million. Prior to leaving Victoria, he operated an escort service website without a license, which offered his Malaysian girlfriend as a prostitute. The Australian Securities and Investment Commission found him involved in 117 fraud and deception offenses relating to real estate scams from an investigation started in 2009. From the island of Mindanao, he is alleged to have built up a lucrative international pedophile ring that offered pay-per-view video streams of children being tortured and sexually abused on the dark web. Among the victims who had their videoed ordeals sold over the Internet was an 18-month-old infant who was hung upside down while Scully and two accomplices raped and tortured her.

Victims were procured by Scully with promises to impoverished parents of work, education, or were solicited by his two Filipino girlfriends, Carme Ann Alvarez and Liezyl Margallo, and other female acquaintances such as Maria Dorothea Chi y Chia. Both Alvarez and Margallo also abused children in Scully's videos.

In 2016, prosecutors in Cagayan de Oro, Philippines alleged that Scully and a girlfriend coaxed two teenage girls to come to Scully's house with the promise of food. Scully was alleged to have given the girls alcohol and forced them to perform sex acts on each other which he photographed and filmed. The prosecutor alleged that when the girls tried to escape, Scully forced them to dig graves in the basement of the house and threatened that he would bury them there. After five days, the girls were released by the girlfriend, who began feeling remorse after coming home to see the two in pet collars, and reported what had happened.

The most notorious of Scully's output was a video titled Daisy's Destruction, which he sold to clients for up to $10,000. Made in 2012, the multi-part film is so extreme that it was, for some time, regarded as an urban legend. It features the torture and brutal rape of a number of girls by Scully and some Filipina accomplices; the three main victims were Liza (aged 12), Cindy (11), and Daisy (18 months).

Urged on by Scully, some of the most severe physical abuse was carried out on the children by one of his girlfriends, then 19-year-old Liezyl Margallo, who was formerly prostituted as a child. Indeed, it seems Margallo was the sole hands-on victimizer of Daisy: The introduction to the film invites the viewer to watch Daisy's "mental ruin" as she "learn[s] how to please her mistress".

Scully put Daisy's Destruction out under his "No Limits Fun" production company, selling it to other people via the dark web. Among those who acquired it was one of the biggest-ever purveyors of child pornography, Scully's fellow Australian Matthew David Graham. Apprehended at age 22, he ran a series of "hurtcore" child pornography sites. Graham said he got the video so he could use it to attract more viewers to his network of websites.

After Daisy's Destruction surfaced, an international manhunt was launched. Scully was eventually tracked to Malaybalay City in the Philippines and arrested on 20 February 2015. Investigators had six warrants for his arrest, all relating to the abduction and sexual abuse of the two cousins. While they searched for Scully in the Philippines, investigators managed to uncover the fates of the three primary victims in Daisy's Destruction. Liza was found to be alive, as was Daisy, though her treatment had been so vicious that she has lasting physical injuries. Eleven-year-old Cindy had been murdered, allegedly by Scully. Before being strangled to death with a rope, the girl was subjected to bouts of rape and torture, and was made to dig her own grave. According to Margallo, Scully videotaped himself killing Cindy.

Scully faced a total of 75 charges. He was on trial with others who assisted in the production of his pornography, including four men — Germany's Christian Rouche, Filipinos Alexander Lao and Althea Chia and a Brazilian doctor, Haniel Caetano de Oliveira.

In October 2015, a fire severely damaged the evidence room containing Scully's computer logs and videos, destroying key evidence. Some believe Scully may have bribed a local police officer, as corruption in the Philippines is high. On June 13, 2018, Scully, and his girlfriend Alvarez, were sentenced to life in prison.

Margaret Akullo, then Project Coordinator for the United Nations Office on Drugs and Crime and an expert on child abuse investigations, described the case as "horrific" and the worst she had ever heard of. 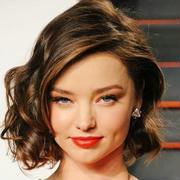 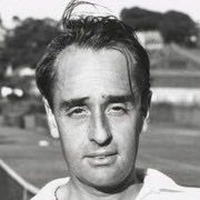 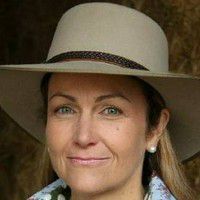