Peter Stephen Kalikow (born December 1, 1942) is president of H. J. Kalikow & Company, LLC, a New York City-based real estate firm. He is a former chairman of the Metropolitan Transportation Authority (MTA), former commissioner of the Port Authority of New York and New Jersey and past owner and publisher of the New York Post.

Born to a Jewish family, the son of Juliet and Harold J. Kalikow. Kalikow was raised in Forest Hills, Queens, the grandson of an immigrant from Russia who developed housing on large tracts of undeveloped farmland in Queens in the 1930s and then aided by his son, made a small fortune from the post-World War II housing boom building thousands of six-story apartment buildings.

After graduating from Hofstra University, Kalikow began his career in real estate in 1967 and became president of H. J. Kalikow & Co. in 1973.

In 1988, Kalikow purchased The New York Post from Rupert Murdoch for $37.6 million. In 1993, Kalikow decalared bankruptcy and lost the newspaper, which was eventually purchased by Murdoch's News Corporation.

Kalikow served as chairman of the Metropolitan Transportation Authority from March 2001 to October 2007. He was appointed by then-governor George Pataki, and continued his service into the governorship of Eliot Spitzer.

In May 2000, Kalikow was named chairman of the Grand Central Partnership, one of New York City's Business Improvement Districts (BIDs). Kalikow company officers are located in 101 Park Avenue, located near Grand Central Terminal.

Kalikow endorsed Herman Cain in the US presidential election, 2012. When Cain dropped out of the race, it was revealed that his "super PAC", called "Cain Connections," was funded by a single $50,000 donation from Kalikow.

In 1982, he was awarded the Israel Peace Medal, Israel's highest civilian award, for his dedication to assisting the nation's development. In November 2008, Kalikow was honored by Consul General of Italy Francesco M. Talo, with the Commendatore in the Order of Merit of the Italian Republic, one of the highest honors bestowed by the Government of Italy. Kalikow is widely recognized as a cultural ambassador for his economic and philanthropic efforts as they relate to Italy.

Kalikow has sat on the board of trustees of New York-Presbyterian Hospital since 1987.

In 1971, he married Mary Typaldos Jacobatos; they have two children, Nicholas Alexander and Kathryn Harold.

Kalikow's son Nicholas Alexander graduated from Columbia University, after majoring in art history. Nicholas works in the film industry. He started his film company, called Film 101 Productions, after first working for his father in real estate for a short while. He was executive producer for a film The Outdoorsmen: Blood, Sweat and Beers, which showed at the Tribeca Film Festival and aired on Spike TV. In 2004, he made a short film called A Funny Thing Happened at the Quickmart, which also showed at the Tribeca Film Festival. He also directed a film, Concrete Blondes, which was released in January 2012 .

Kalikow has an extensive car collection, with a particular passion for vintage Ferraris.

The contents of this page are sourced from Wikipedia article on 09 Mar 2020. The contents are available under the CC BY-SA 4.0 license.
View Peter S. Kalikow 's image gallery
Image Gallery 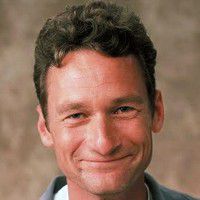 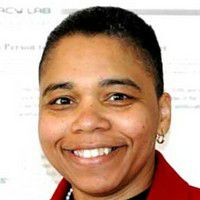 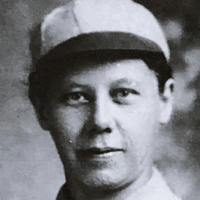