Peter Rauhofer (29 April 1965 – 7 May 2013) was an Austrian-American disc jockey (DJ), remixer and producer who formerly went under the moniker Club 69 as well as Size Queen. A native of Vienna, Austria, he was famous for a variety of his remixes including Cher's "Believe" and a number of Madonna's songs including "Nothing Really Matters", "American Life", "Nothing Fails", "Nobody Knows Me", "Get Together", "Impressive Instant" and "4 Minutes", as well as her collaboration with Britney Spears, "Me Against the Music" and various collaborations with Janet Jackson ("Throb" and "Just A Little While" to name a few). He has also provided remixes for Kylie Minogue, Whitney Houston, Jessica Simpson, Britney Spears, Christina Aguilera, Yoko Ono, Pink, Tori Amos, Pet Shop Boys, Depeche Mode, Yazoo, Frankie Goes To Hollywood, Book Of Love, Soft Cell, Duran Duran and Mariah Carey, among others. He was also behind the tribal house record label Star 69 and was a frequent producer of the label's releases.

Rauhofer was a popular DJ who spun throughout the United States. He was the former resident DJ at the weekly gay dance night held at the Roxy in New York, which closed its doors in 2007. Rauhofer was formerly the resident DJ of the gay dance party called "Work". His party was held weekly at the Stereo nightclub in New York until March 3, 2008 when the City invoked eminent domain and acquired the building. "Work" was a monthly event, despite lacking a permanent venue.

Rauhofer was mostly known for spinning tribal house and continued to play many gay circuit party events, and was scheduled to play the ultimate events (White Party Palm Springs and One Mighty Weekend's Magic Journeys at Arabian Nights) prior to his falling ill in February 2013.

Memorial services were held from coast to coast (including Miami and New York) and special events honoring Rauhofer continued into the Summer of 2013.

Peter Rauhofer (Club 69) won the Grammy Award in 2000 for Best Remixer of the Year for his remix of Cher's "Believe".

On Wednesday, April 17, 2013, it was made public that Rauhofer was diagnosed with a brain tumor. A message was posted on his Facebook page by his friend and manager, Angelo Russo, informing friends and fans of the incident. On May 7, 2013, Peter Rauhofer lost his battle with brain cancer. Russo posted an obituary on Rauhofer's Facebook page.

The contents of this page are sourced from Wikipedia article. The contents are available under the CC BY-SA 4.0 license.
View Peter Rauhofer 's image gallery
Image Gallery 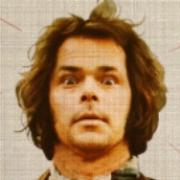