Peter Quilter is a West End and Broadway playwright whose plays have been translated into 27 languages and performed in over 40 countries. His shows have been performed in major theatres in cities across six continents, including London, Cape Town, Rome, Prague, Warsaw, Amsterdam, Rio de Janeiro, Toronto, Chicago, Madrid, Sydney and New York. He is best known for his Broadway play "End of the Rainbow" and his West End comedy "Glorious!" He has twice been nominated for the Olivier Award (Best New Comedy and Best New Play) and his Broadway debut was nominated for 3 Tony Awards.

Quilter was born in Colchester, England and is an honours graduate of Leeds University. He began his writing career from his home in Greenwich, London where he lived for 14 years before emigrating to the Canary Islands.

He started his career as a television presenter on BBC TV. He was a presenter of the Children's BBC programme "Playdays" and also appeared as an actor on a number of TV series including "London's Burning". His first play was an all-female comedy Respecting Your Piers and he followed this with a musical adaptation of Oscar Wilde's The Canterville Ghost which played a number one tour of the UK starring Ron Moody.

In 1999, Peter made his West End debut with a comedy about the pop industry, BoyBand the Musical. The show played a summer season at the Gielgud Theatre and later enjoyed success in South Africa, Denmark, Poland, and on a 60-venue tour of the Netherlands. It is currently playing open ended runs at the Divadlo Nova Scena in Bratislava, the Parnu Endla Teater in Estonia and recently had its Asian premiere in Tokyo Japan.

In 2005, Quilter had a bigger international hit with End of the Rainbow, a musical drama about the final months in the life of Judy Garland. It premiered at the Sydney Opera House in Australia (winning Caroline O'Connor two Best Actress awards) and also had an award-winning run at the 2006 Edinburgh Festival. The following year, Joop van den Ende presented a new Dutch production which played a seven-month tour of the Netherlands culminating in performances at the Royal Theatre Carre in Amsterdam. The show then enjoyed runs in the Czech Republic, Finland, Poland and New Zealand. A new UK production opened in February 2010 at the Royal Theatre in Northampton, directed by Terry Johnson, designed by William Dudley and starring Tracie Bennett. The show transferred to London's West End on 16 November, playing at the Trafalgar Studios – a 400-seat theatre at the corner of Trafalgar Square. The show opened to great critical acclaim and was featured on the front cover of The Times newspaper. The play ended its six-month run in May 2011. The show received nominations for 4 Laurence Olivier Awards – Best Actress, Best Supporting Actor, Best Sound and Best New Play.

A new Spanish production opened at the Teatro Marqina in Madrid in January 2011, starring Natalia Dicenta and a German production opened at the Hamburger Kammerspiele in June 2011. In November 2011 a new Brazilian production of the show opened in Rio de Janeiro directed by Moeller-Botelho. In January 2012, the show had its USA debut at the Guthrie Theater in Minneapolis, prior to a run on Broadway at the Belasco Theatre, which began previews on 19 March. The production opened to excellent reviews, ran for 176 performances and received three Tony Award nominations including Best Actress for Bennett. The show continues to be produced frequently around the world and has recently enjoyed a 10-month run in Buenos Aires, in an award-winning production directed by Ricky Pashkus and starring Karina K. In the coming year, the show is scheduled to open in Chicago, Buffalo, Mexico City, Johannesburg, Stockholm and on a 2nd UK tour. There is also a movie in development.

Quilter's other major hit Glorious! also received its debut production in 2005, opening at Birmingham Rep Theatre and transferring in November 2005 to the Duchess Theatre in the West End. The production starred the much loved comedy actress Maureen Lipman, was directed by Alan Strachan and produced by impresario Michael Codron. Glorious! told the story of Florence Foster Jenkins, the worst singer in the world. It ran in London for six months and over 200 performances. The play was nominated for the Laurence Olivier Award as Best New Comedy. Glorious! made its North American debut at Theatre Calgary and had its first foreign language production at the Helsinki City Theatre, under the title Suurenmoista!

It has since played in over 20 countries and recently celebrated its 2000th worldwide performance and over a million ticket sales. In 2008 Quilter created a three-actor version which premiered at the Fulton Opera House, Philadelphia and also played to great success in Rio de Janeiro and Madrid. One of the most popular productions has been in Poland ("Boska") starring the legendary Krystyna Janda. The production has visited Chicago and New York, has toured to all major polish cities, and been broadcast live on national television. In 2013, new productions opened in Bratislava, Caracas and Vienna. In 2014, the show opened in Salzburg, Los Angeles, Belgrade, Riga and Moscow.

In 2016 his play 4000 Days opened at the Park Theatre in London starring Alistair McGowan. The London Guardian called it an 'Intriguing amnesiac drama'.

His other work includes –

The Morning After a modern comedy about love, sex and relationships. Currently playing in Warsaw, Prague, Bratislava, Dresden and Sofia.

The Actress a new comedy published by Samuel French Ltd in October 2014 and due to premiere in Rio de Janeiro in May 2015.

4000 Days a new play completed in 2015. The London premiere is set for January 2016, with details to be announced shortly.

Saving Jason a new black comedy, also completed in 2015. The London premiere is set for summer 2016, with details to be announced shortly.

Duets an award-winning romantic comedy for a cast of two actors that has been performed in 20 countries.

Celebrity filmed for Polish TV as Rodzinny Show and performed on stage in Sweden, Denmark, the Czech Republic and Canada.

Just the Ticket a one-woman comedy, which had its world premiere at Australia's Ensemble Theatre in February 2011.

Curtain Up! an all-female comedy, currently playing at the Divadlo Palace in Prague and the Ugala Teater in Estonia.

The Canterville Ghost a family musical based on Oscar Wilde's story (with music by Charles Miller). It toured the UK starring Ron Moody.

The Nightingales a comedy with music based around a theatrical family in the 1950s. The World Premiere was at the Contra Kreiss Theater in Bonn Germany in 2012. 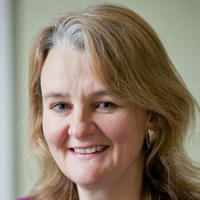 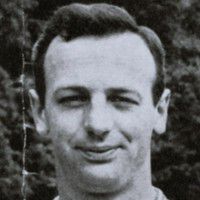 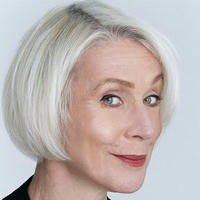 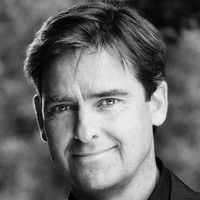