Peter John Kreeft (born 16 March 1937) is a professor of philosophy at Boston College and The King's College. He is the author of numerous books as well as a popular writer of Christian philosophy, theology, and apologetics. He also formulated, together with Ronald K. Tacelli, SJ, "Twenty Arguments for the Existence of God".

Peter Kreeft was born as Peter John Kreeft on 16 March 1937 in Paterson, New Jersey, to John and Lucy Kreeft.

He earned his AB at Calvin College (1959) and an MA at Fordham University (1961). He completed his doctoral studies in 1965, also at Fordham, and briefly did post-graduate studies at Yale University.

He joined the philosophy faculty of the Department of Philosophy of Boston College in 1965. He has debated several academics on issues related to God's existence. Shortly after he began teaching at Boston College he was challenged to a debate on the existence of God between himself and Paul Breines, an atheist and history professor, which was attended by a majority of undergraduate students. Kreeft later used many of the arguments in this debate to create the Handbook of Christian Apologetics with then undergraduate student Ronald K. Tacelli, S.J.

In 1971, Kreeft published an article entitled "Zen In Heidegger's 'Gelassenheit'" in the peer-reviewed journal International Philosophical Quarterly, the philosophy journal published by Kreeft's alma mater, Fordham University. In 1994, he was an endorser of the document "Evangelicals and Catholics Together". He also formulated, with R. Tacelli, SJ, "Twenty Arguments for the Existence of God", which he calls a "cumulative case" and that "all twenty taken together, like twined rope, make a very strong case" he states.

Kreeft has created several short videos for the prominent educational website Prager University. His videos focus on religion and philosophy.

A Calvinist, Kreeft regarded the Catholic Church "with the utmost suspicion". A key turning point was when he was asked by a Calvinist professor to investigate the claims of the Catholic Church that it traced itself to the early Church. He said that on his own, he "discovered in the early Church such Catholic elements as the centrality of the Eucharist, the Real Presence, prayers to saints, devotion to Mary, an insistence on visible unity, and apostolic succession." The Church fathers such as Augustine and Jerome were clearly Catholic and not Protestant, he stated.

The "central and deciding" factor for his conversion was "the Church's claim to be the one Church historically founded by Christ." For he reportedly applies C. S. Lewis's trilemma (either Jesus is Lunatic, Liar, or Lord): "I thought, just as Jesus made a claim about His identity that forces us into one of only two camps, His enemies or His worshippers, those who call Him liar and those who call Him Lord; so the Catholic Church’s claim to be the one true Church, the Church Christ founded, forces us to say either that this is the most arrogant, blasphemous and wicked claim imaginable, if it is not true, or else that she is just what she claims to be."

On the Bible issue, he refers to the church preaching that forms the basis for writing the Bible and the approval needed from the church to ascertain the contents of the Bible. To this, he applied the axiom: "a cause can never be less than its effect. You can't give what you don't have. If the Church has no divine inspiration and no infallibility, no divine authority, then neither can the New Testament."

His conversion took place as he asked God for help, praying that "God would decide for me, for I am good at thinking but bad at acting, like Hamlet." It was then that he says he "seemed to sense" the call of saints and his favorite heroes, to which he assented.

According to Kreeft's personal account, his conversion to Catholicism was influenced by things such as:

The contents of this page are sourced from Wikipedia article on 14 Nov 2020. The contents are available under the CC BY-SA 4.0 license.
View Peter Kreeft 's image gallery
Image Gallery 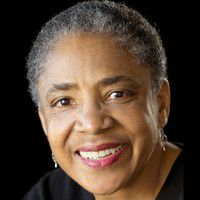