Petru Rareș ([ˈpetru ˈrareʃ]), sometimes known as Peter IV (Petru IV; ca. 1483 – 3 September 1546) was twice voievod of Moldavia: 20 January 1527 to 18 September 1538 and 19 February 1541 to 3 September 1546. He was an illegitimate child born (probably at Hârlău) to Stephen the Great. His mother was Maria Răreșoaia of Hârlău, whose existence is not historically documented but who is said to have been the wife of a wealthy boyar fish-merchant nicknamed Rareș "rare-haired" (i.e., bald). Rareș thus was not Petru’s actual name but a nickname of his mother’s husband.

In his youth he was a fish merchant, but Prince Ștefăniță, grandson of Ștefan cel Mare, on his deathbed, recommended Petru as a suitable contender to the throne, thus acknowledging Petru's blood lineage from Ștefan cel Mare.

Petru exhibited many of his father's qualities: ambition, daring, bravery, piety, artistic taste. However, he was marked by inconstancy and a lack of political instincts.

In the Hungarian battles between Ferdinand Habsburg and John Zápolya, he initially sided with Ferdinand, but when the Ottomans awarded recognition to Zápolya, he switched allegiances. In exchange for the citadel of Bistrița, he entered Transylvania on Zápolya's side and crushed Ferdinand at Feldioara on 22 June 1529. Zápolya then gave him Ungurașul but in spite of the efforts made Rareș was unable to occupy Bistrița. Neither could he subdue Brașov, which he besieged again in October for several weeks. Thus he was far from realizing his plan of ruling Transylvania. He had to content himself with Ciceu and Cetatea de Baltă, ruled by his father, and with the bishopric of Vad.

He then shifted his attention to Poland and in 1530 occupied Pokuttya. The Polish general Jan Tarnowski soon reconquered it, but when Petru re-entered Pokuttya, he was defeated by Tarnowski through superior tactics at Obertyn on 22 August 1531.

Events forced him to return to Transylvania. Here, the Ottomans had dispatched an Italian adventurer, Lodovico Gritti, to restore order. Transylvanian voievod István Majláth and the country's nobles forced him to close himself in Mediaș. Since Petru had received orders from the sultan to free Gritti, he sent his trusted vassal Huru to do the job. However, instead of helping Gritti, Huru lured him out and delivered him to his enemies, who killed him on the spot (1534). Rareș then killed Gritti's sons, who had entered Moldavia. The Ottomans could not presently retaliate, being occupied in Persia, so Petru was free to continue his intrigues between Ferdinand and Zápolya. The Poles tried in vain to have him replaced in 1538, appealing to the sultan to punish him. Then the over-zealous Petru, deserted by his own boyars, his capital Iași ablaze, and faced with a Turkish-Tatar-Polish army headed by Suleiman the Magnificent, who was bringing Ştefan Lăcustă to the throne, had to flee to his Transylvanian fortress of Ciceu.

It is said that, during this flight, Rareş wandered for two weeks in the impassable forests of Transylvania, with difficulty making his way through spiny vegetation and ancient bushes and trees. Overcome by hunger, thirst, shock and despair, he was seen by a group of fishermen. Since he himself had been a fisherman, he was recognized and they sheltered and cared for him. Once he had recovered, his hosts garbed him in fishermen's clothes and showed him a shortcut to his citadel.

It took over two years and various political changes in Transylvania and Moldavia before Petru was able to gain the sultan’s forgiveness and regain the Moldavian throne in early 1541. Entering the country, he captured voievod Alexandru Cornea and his faithful boyars and killed them. Now, however, he was no longer trusted to wage wars, especially because he no longer retained his special links with Muntenia, his son-in-law Vlad VII Vintilă having been slain. Nor could he take back the Budjak, occupied by Suleiman, nor even the citadels of Ciceu and Cetatea de Baltă, except as simple fiefdoms (which he did in 1544), for their walls had been razed by George Martinuzzi.

In 1541, Rareş caught Transylvanian voievod István Majláth at Făgăraş, on the sultan's orders, and sent him to Constantinople.
In 1542 he tried unsuccessfully to take Bistriţa. Another failure was his enthusiastic involvement in plans for a crusade by Christian princes against the Ottomans. He lent the head of the proposed crusade, Joachim II of Brandenburg, 200,000 florins, but the initiative was abandoned when Buda was besieged in 1542 and Rareş died, still a Turkish vassal, on 3 September 1546. He is buried in the monastery that he endowed, Probota Monastery.

On the ecclesiastical and artistic front, he continued the tradition inherited from Stephen the Great. Aided by his wife Jelena, he built and repaired numerous churches, including in Baia, Botoşani, Hârlău, Târgu Frumos and Roman. His most beautiful achievement is considered to be Probota Monastery. 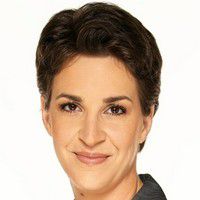