Peter John Hennessy, Baron Hennessy of Nympsfield, FBA (born 28 March 1947) is an English historian and academic specialising in the history of government. Since 1992, he has been Attlee Professor of Contemporary British History at Queen Mary University of London.

He was born in Edmonton, the youngest child of William G. Hennessy by his marriage to Edith (Wood-Johnson) Hennessy. Peter Hennessy comes from a large Catholic family of Irish provenance. He was brought up in large houses, requisitioned by the council, first in Allandale Avenue and then in Lyndhurst Gardens, Finchley, north London.

He attended the nearby Our Lady of Lourdes Primary School, and on Sundays he went to St Mary Magdalene church, where he was an altar boy. He was a subject of the first episode of the BBC radio 4 series The House I Grew Up In, first broadcast on 6 August 2007, in which he talked about his childhood.

Hennessy was educated at St Benedict's School, an independent school in Ealing, West London. When his father's job led the family to move to the Cotswolds, he attended Marling School, a grammar school in Stroud, Gloucestershire. He went on to study at St John's College, Cambridge, where he was awarded a BA in 1969 and a PhD in 1990. Hennessy was a Kennedy Memorial Scholar at Harvard University from 1971 to 1972.

Hennessy was a journalist for the Times Higher Education Supplement from 1972–74. He wrote leaders for The Times from 1974–82, for which he was also the Whitehall correspondent. He was The Financial Times' lobby correspondent at Westminster in 1976. In June 1977, Hennessy accused Donald Beves of being the "fourth man" in the affair of Philby, Burgess, and Maclean, but Geoffrey Grigson and others quickly leapt to the defense of Beves, considering him uninterested in politics.

Hennessy wrote for The Economist in 1982. He was a regular presenter of Analysis on BBC Radio 4 from 1987 to 1992. On 17 November 2005, he made a trenchant appearance alongside Lord Wilson of Dinton before the House of Commons Public Administration Select Committee on the publication of political memoirs.

Elevation to the peerage

"I'm terribly pleased and honoured," Hennessy said at hearing the news. "I hope I can help the House of Lords a bit on constitutional matters. I'll certainly give it my best shot." In August 2014, Lord Hennessy was one of 200 public figures who were signatories to a letter to The Guardian opposing Scottish independence in the run-up to September's referendum.

Hennessy is married with two daughters.

Elevation to the peerage 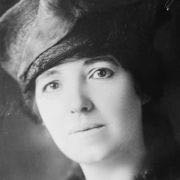 English landowner, soldier, and Justice of the Peace 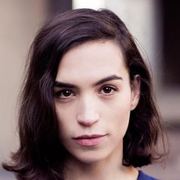 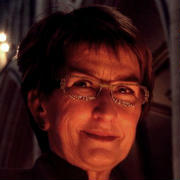