Peter Farmer (1941 – 1 January 2017) was a British set designer, theatre artist, and book illustrator.
Born in Luton in 1941, Farmer worked extensively in ballet, both with both The Royal Ballet and Birmingham Royal Ballet, as well as other major international ballet companies. Following The Sleeping Beauty in 2006 came Homage to The Queen, a showpiece ballet to celebrate Queen Elizabeth II's 80th birthday. His final credit with The Royal Ballet came the following year, with the Company's first production of George Balanchine's Theme and Variations.
In 2010, he received a Prix Benois de la Danse Lifetime Achievement award. 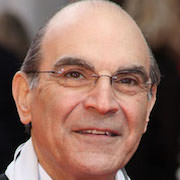