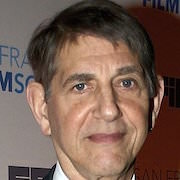 Coyote's voice work includes narrating the opening ceremony of the 2002 Winter Olympics and Apple's iPad Retina Display campaign. He also leant his distinctive voice to both the PBS series The Pacific Century (1992) and Ken Burns' documentary special The Roosevelts (2014), winning a News & Documentary Emmy Award for the former and a Primetime Emmy Award for the latter. He has often been compared with actor Henry Fonda.

Coyote was one of the founders of the Diggers, an anarchist improv group active in Haight-Ashbury during the mid-1960s. Coyote was also an actor, writer and director with the San Francisco Mime Troupe; his prominence in the San Francisco counterculture scene led to his being interviewed for the book Voices from the Love Generation. He acted in and directed the first cross-country tour of The Minstrel Show, and his play Olive Pits, co-authored with Mime Troupe member Peter Berg, won the troupe an Obie Award from the Village Voice. Coyote became a member, and later chairman, of the California Arts Council from 1975 to 1983. In the late 1970s, he shifted from acting on stage to acting in films. In the 1990s and 2000s (decade), he acted in several television shows. He speaks fluent Spanish and French.

Coyote was born in New York City, the son of Ruth (née Fidler) and Morris Cohon, an investment banker. His father was of Sephardic Jewish descent and his mother came from a working-class Ashkenazi Jewish family. Her father, trained as a rabbi in Russia, escaped being drafted into the Imperial Russian Army, and eventually ran a small candy store in the Bronx. Coyote "was raised in a highly intellectual, cultural but unreligious family", involved in left-wing politics. He grew up in Englewood, New Jersey and graduated from the Dwight Morrow High School there in 1960. Coyote later said that he was "half black and half white inside" due to the strong influence of Susie Nelson, his family's African-American housekeeper. Coyote is prominent librarian Jessamyn West's maternal uncle.

While a student at Grinnell College, Iowa in 1961, Coyote was one of the organizers of a group of twelve students who traveled to Washington, D.C. during the Cuban Missile Crisis supporting U.S. President John F. Kennedy's "peace race". Kennedy invited the group into the White House, the first time protesters had ever been so recognized, and they met for several hours with McGeorge Bundy. The group received wide press coverage. They mimeographed the resulting headlines and sent them to every college in the United States.

Once he graduated from Grinnell College with a BA in English literature in 1964, Coyote moved to the west coast, despite having been accepted at the Iowa Writers' Workshop, and commenced working towards a master's degree in creative writing at San Francisco State University.

While still at Grinnell College, Coyote ingested peyote and had a hallucination in which he saw his footprints as coyote paw-prints. A few years later, he came across Coyote's Journal, a poetry magazine, and recognized its logo as the same paw-prints he had seen during his drug-induced experience. This caused him to change his name to Coyote, after meeting Rolling Thunder (John Pope), a self-styled shaman, who believed the experience was spiritually significant.

After a short apprenticeship at the San Francisco Actors' Workshop, he joined the San Francisco Mime Troupe, a radical political street theater whose members were arrested for performing in parks without permits. Coyote acted, wrote scripts, and directed in the Mime Troupe. Coyote directed the first cross-country tour of The Minstrel Show, Civil Rights in a Cracker Barrel, a controversial play closed by authorities in several cities.

From 1967 to 1975, Coyote was a prominent member of the San Francisco counterculture community and a founding member, along with Emmett Grogan, Peter Berg, Judy Goldhaft, Kent Minault, Nina Blasenheim, David Simpson, Jane Lapiner, and Billy Murcott, of the Diggers, an anarchist group known for operating anonymously and without money. They created provocative "theater" events designed to heighten awareness of problems associated with the notion of private property, consumerism, and identification with one's work. They fed nearly 600 people a day for "free", asking only that people pass through a six-foot by six-foot square known as The Free Frame of Reference. They ran a Free Store, (where not only the goods, but the management roles were free), a Free Medical Clinic, and even a short-lived Free Bank. The Diggers evolved into a group known as the Free Family, which established chains of communes around the Pacific Northwest and Southwest. Coyote was the best known resident of the Black Bear Ranch commune in Siskiyou County, California.

He was a friend of Rolling Thunder, a Shoshone Medicine man. He has also been a friend of Leonard Peltier, a Native American activist and member of the American Indian Movement (AIM) since the 1960s and, along with author Peter Mathiessen, is one of Peltier's two non-native advisers.

Of this period of his life, Coyote wrote in Sleeping Where I Fall,

The failure to curb personal indulgence was a major collective error. Our journeys down the path along with Verlaine and Rimbaud, disordered our senses, senselessly wasted young lives, and often sabotaged what we labored so diligently to construct. ... It is the artist's responsibility to manifest sanity and health—something we did not fully understand.

Coyote had first discovered Zen in his teens via the works of Jack Kerouac, Gary Snyder, and other Beats. Coyote met Snyder with the Diggers and was impressed with Snyder's "gravitas and elegance, his care and deliberation".

Beginning in 1975, Coyote undertook meditation practice and eventually became a dedicated practitioner of American Zen Buddhism, moving into the San Francisco Zen Center. He was later ordained a lay priest in the Sōtō tradition and was ordained as a Zen Priest in 2015.

In keeping with his dedication to community-based art, Peter Coyote was employed in the early 1970s by the San Francisco Arts Commission in the historical Neighborhood Arts Program (NAP), with funding from the Comprehensive Employment and Training Act (CETA, Pub.L. 93–203), a United States federal law enacted by Congress, signed into law by President Richard Nixon, 1973 to train workers and provide them with jobs in the public service. The San Francisco Arts Commission's Neighborhood Arts/CETA Program was the first in the country to use CETA funds to hire artists to work in service to a city. From this position, Coyote was appointed by Governor Jerry Brown to be a member of the California Arts Council, the state agency which determines art policy for the state. He served on the CAC from 1975 to 1983. After his first year, Coyote was elected chairman by his peers three years in a row and during his tenure as chairman, the Council's overhead expenses dropped from 50% to 15%, the lowest in the State, and the Arts Council budget rose from $1 million to $16 million. More importantly, his council introduced the idea of artists as "creative problem solvers" and by paying artists to "solve problems for the state" rather than make art, they bypassed the objections of many conservative lawmakers. Coyote engineered relationships with 14 departments of State which began to use artists in a variety of capacities, paying 50 cents on the dollar for it. It was an immense success and gave him the confidence (after 12 years in the counter-culture) to try his hand at film-acting.

In 1978, Coyote began acting again ("to shake the rust out") appearing in plays at San Francisco's award-winning Magic Theatre. While playing the lead in the World Premiere of Sam Shepard's True West, a Hollywood agent approached him, and his film career began with Die Laughing (1980). He gave supporting performances in Tell Me a Riddle (1980), Southern Comfort (1981) and as the mysterious scientist "Keys" in E.T. The Extra-Terrestrial (1982). He was seriously considered for the role of Indiana Jones in Raiders of the Lost Ark (1981), and auditioned for the part. Coyote's first starring role was in the science fiction adventure Timerider: The Adventure of Lyle Swann (1982). He also starred in Jagged Edge (1985) and Outrageous Fortune (1987). Since then, he has made more than 120 films for theaters and television and has played starring roles for many directors, including Roman Polanski (Bitter Moon), Pedro Almodóvar (Kika), Martin Ritt (Cross Creek), Jean-Paul Rappeneau (Bon Voyage), Diane Kurys (A Man in Love) and Walter Salles (Exposure). For his 1990 guest appearance on the television series Road to Avonlea, he received his first Primetime Emmy Award nomination.

Leonard Maltin once wrote, "Coyote's no rubber-stamp leading man", but he seems comfortable with that. "I'm a Zen Buddhist student first, actor second", Coyote has said. "If I can't reconcile the two lives, I'll stop acting. I spend more time off-screen than on." In addition to his movie work in more recent films such as Sphere, A Walk to Remember, and Erin Brockovich, Coyote has also appeared in many made-for-TV movies and miniseries, and he does commercial voice-overs. Coyote was cast in lead roles on several television series: The 4400 in 2004 and The Inside in 2005. After The Inside was canceled, Coyote returned to The 4400 as a special guest star for their two-part season finale, then joined the cast of ABC's series Commander in Chief as the Vice President of the United States, and the next year did a four episode turn as Sally Field's disreputable boyfriend in Brothers & Sisters.

Also in 2005, Coyote served as the narrator for several prominent projects including the documentary film Enron: The Smartest Guys in the Room and the National Geographic-produced PBS documentary based on Jared Diamond's Guns, Germs, and Steel. He also narrated an episode of the series Lost in April 2006. In 2008, he narrated Torturing Democracy, a documentary produced by PBS which details the George W. Bush administration's use of "enhanced interrogation techniques" in the War on Terror. He also narrated the 12-hour Ken Burns series on the National Parks, and 15 episodes for the National Geographic Explorer series. In 2010 he narrated the documentary Solitary Confinement on the effect of long-term isolation, with footage taken from Colorado State Penitentiary where all prisoners are held this way. In 2014, he appeared in the TNT television series Perception, as the father of the main character, Dr. Daniel Pierce, and narrated Burns' The Roosevelts: An Intimate History; the latter saw him win his first Primetime Emmy Award.

Coyote's left-wing politics are evident in his articles for Mother Jones magazine, some of which he wrote as a delegate to the 1996 Democratic National Convention; in his disagreements with David Horowitz; and in his autobiography Sleeping Where I Fall. In 2006, he developed a political television show for Link TV called "The Active Opposition" and in 2007 created Outside the Box with Peter Coyote starting on Link TV's special, Special: The End of Oil – Part 2.

Many of Coyote's stories from the 1967 to 1975 counter-culture period are included in his memoir, Sleeping Where I Fall, published by Counterpoint Press in April 1998. One of the stories incorporated into his book is "Carla's Story," about a 16-year-old mother who lived communally with Coyote, and who, after learning of her husband's murder, became a drug addict, then a prostitute, had her children stolen, and continued to spiral downhill until she turned her life around. This story was published in Zyzzyva, and awarded the 1993–1994 Pushcart Prize. He also states he was a close friend of singer Janis Joplin. Coyote has a website, which features the titles of all his movies and extended samples of much of his writing. He is a member at RedRoom.com, a web-site for authors.

In April, 2015, his memoir The Rainman's Third Cure: An Irregular Education was released, where he "provides portraits of mentors that shaped him— including his violent, intimidating father, a bass player, a Mafia Consiglieri, and beat poet Gary Snyder, who introduces him to the practice of Zen." 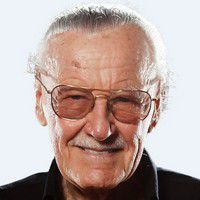 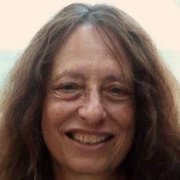