Peter George Bush, also known as “Bushy” CNZM, QSO (born 1930) is a New Zealand photographer and photojournalist, best known as the country's leading sports photographer. He has also served as a war correspondent, and is the long-serving vice president of the National Press Club.

Bush's sports journalism career began in 1949, when he photographed his first rugby union test match for the New Zealand Herald. Since then he has photographed most All Black matches in a career that has spanned over 60 years. A major exhibition of his sixty-year career of rugby photographs, "Hard on the heels", toured thirteen centres on New Zealand in 2010–11.

Bush was made Companion of the New Zealand Order of Merit in the 2011 New Year Honours list, for services to photography. He lives in and works from Island Bay in Wellington.

He is a nephew of 1931 All Black Ronald Bush 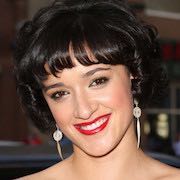