Peter Busch Orthwein is an American heir, businessman and polo player. He is the co-founder and Chairman of Thor Industries (NYSE: THO).

He was educated at Choate Rosemary Hall, a boarding-school in Wallingford, Connecticut. He graduated from Cornell University in Ithaca, New York in 1968, where he was the captain on the polo team and a member of Quill and Dagger. He went on to receive a Masters in Business Administration degree from Cornell in 1969.

He started his career at Bankers Trust, and later worked for Gould Electronics.

In 1980, together with Wade F. B. Thompson, he co-founded Thor Industries, an American manufacturer of recreational vehicles and mid-sized commercial buses. It became a public company in 1984, and it joined the New York Stock Exchange in 1986.

He also served as chairman and CEO of Dutchmen Manufacturing from November 2009 to August 1, 2013.

In 1969, he played on the Plainsmen team with his brother Stephen, John Armstrong and Charles Armstrong. That year, they came second at the finals of the Royal Windsor Cup at the Guards Polo Club, losing to the Lushill team (Captain Frederick Barker, Howard Hipwood, Peter Perkins, and Peter Gifford). They also lost in the semifinals of the Gold Cup at the Cowdray Park Polo Club at Cowdray Park, West Sussex against the Windsor Park team (Lord Patrick Beresford, his brother John Beresford, 8th Marquess of Waterford, Prince Philip, Duke of Edinburgh and Paul Withers).

On December 30, 1972, he married Susan Marston Haas, the daughter of George Haas, Jr. (1920-2006) of the Haas Financial Corporation, at the Christ & Holy Trinity Church in Westport, Connecticut. The reception was at the Fairfield County Hunt Club.

On May 9, 1987, he married Beverly Miller, a paintings appraiser at Sotheby's, at the Church of the Heavenly Rest on the Upper East Side in New York City. His son, Peter Busch Orthwein, Jr., received an M.B.A. from Cornell University in 2003. 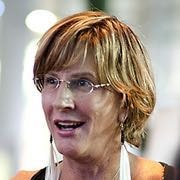