Bone was born in 1952 in Billericay and educated at Westcliff High School for Boys until 1971 then Chart Tutors – now part of Kaplan – till 1974. Bone is quoted as playing cricket as a left arm bowler for Cambridge Methodists Cricket Club in Leeds, and tweets regularly of his matches playing with Wellingborough Old Grammarians 3rd XI, despite not actually being a member of the club. He states that he is a keen follower of American Football and had a question read out live on Sky Sports in January 2012. He is an active member of the Church of England and attends St Mary's Church in Rushden with his family, as well as holding constituency surgeries in the church hall.

Qualified as a chartered accountant; (FCA) in 1976, Bone has "run both a public company and a family business" and is quoted as a "successful businessman".

In 1995, according to The Guardian, Bone was described as Britain's "meanest boss" by the Daily Mirror when he defended paying a 17-year-old trainee at Palm Travel (West) 87p an hour. By way of context, the average wage was over £8 per hour in 1995. While appearing on the British satirical television programme Have I Got News for You Bone, to laughter, said the Mirror's claim was "wholly correct" but pointed out that the wage in question was part of a "government training scheme", paying "£30 a week". Host Jennifer Saunders disagreed saying that Bone was not mean as he paid his wife £45,000 per year.

In 1977 Bone was elected as a councillor to Southend-on-Sea Borough Council, where he served for eight years until 1986. He was elected as the Deputy Chairman of the Southend West Conservative Association in 1977 and continued in the position until 1984. In 1982, he became press secretary to The Right Honourable Paul Channon MP.

He contested the parliamentary seat of Islwyn in the South Wales valleys at the 1992 general election against the Leader of the Opposition Neil Kinnock. He subsequently fought the European Parliament election in 1994 for Mid and West Wales coming third.

Bone was a member of the National Union Executive Committee between 1993 until 1996. He was chosen for the seemingly safe Conservative seat of Pudsey following the retirement of the veteran MP Giles Shaw at the 1997 general election but lost following a swing of 13.20% to the Labour's Paul Truswell, compared to a national swing of 10% from Conservative to Labour.

In the 2001 general election he fought the ultra-marginal seat of Wellingborough, where the sitting Labour MP Paul Stinchcombe was holding on with a majority of just 187, having defeated the veteran Tory MP Peter Fry in 1997. Stinchcombe held on to his seat by 2,355, a swing of 2.1% to Labour compared with a national swing of 1.75% to the Conservatives. However, four years later, in the 2005 general election, Bone ousted Stinchcombe in Wellingborough with a majority of 687 votes, a swing of 2.9% compared to a national swing of 3.1% to the Conservatives. He made his maiden speech on 7 June 2005.

Bone is "too old to hope for any extended career on the Conservative front-bench", but is regularly one of the ten most active MPs in Parliament, in terms of Questions asked and other contributions. However, the quality of those interventions was questioned in a 2006 Times article about the Theyworkforyou website. Bone was one of three MPs specifically alleged to have "boosted their ratings on the internet by saying very little, very often." Among his 109 speeches was one which ran to three short sentences (standing up for Royal Mail in that a sub-postmaster in Little Irchester had the only business in the village).

Bone is a member of the 1922 Committee and was an executive member from 2007 to 2012. In April 2012, the Telegraph reported that the modernising "301 Group" was planning a coup to replace Bone and others. The reformers argued that the 1922 Committee was "run by a group of mostly cantankerous old farts who do little to further right-wing ideas" and needed to campaign on issues other than EU membership and their objections to House of Lords reform because it made the party appear out of touch. Bone was voted off the executive in May 2012.

In March 2009 Bone was a key speaker opposing the use of the House of Commons by the UK Youth Parliament.

In 2010, having unsuccessfully contested the chairmanship of the Health Select Committee, he was elected to Speaker's Chairman Panel and the Backbench Business Committee. Further to this, Bone has served as Chairman of the All Party Parliamentary Group on Human Trafficking, Treasurer of the APPG on Human Trafficking of Women and Children and APPG on Road Trafficking.

Bone was frequently critical of the coalition and the Liberal Democrats and is rated as one of the Conservatives' most rebellious MPs.

In February 2014 The Times newspaper revealed that Bone had been under investigation by the Police for the previous 12 months relating to an alleged £100,000 fraud concerning benefit payments of care home fees for his mother-in-law. Bone issued a lengthy statement denying fraud allegations. In March 2014 the Crown Prosecution Service said it had concluded that there was insufficient evidence to bring criminal charges.

In the 2015 general election, he increased his majority by 1347 achieving 52.1% of the votes cast. The Labour party candidate was pushed into 3rd place after being suspended following a fraud conviction.

Bone is regarded as being on the right-wing of the Conservative Party, and is a member of the socially conservative Cornerstone Group. He has suggested major constitutional changes such as abolition of the Whips office and confirmation of new Cabinet appointees. His criticisms of the NHS include a 2007 report in which he argued that it "would not be out of place in Stalin's Russia". He has voted to lower the abortion time limit to twelve weeks and voted against abolishing the offences of blasphemy and blasphemous libel. He has urged the Charity Commission to award the tax breaks of registration to any legal faith group. The abortion time limit vote failed, the blasphemy vote passed, and tax breaks were not awarded.

Bone opposed the introduction of the National Minimum Wage, which he claimed would "condemn hundreds of thousands to the dole queue", and later backed a private member's bill tabled by his colleague Christopher Chope proposing to enable employees to opt out of the minimum wage.

In 2013 Bone was one of four MPs who camped outside Parliament in a move to facilitate parliamentary debate on what they called an "Alternative Queen’s Speech" - an attempt to show what a future Conservative government might deliver. Some 42 policies were listed including reintroduction of the death penalty and conscription, privatizing the BBC, banning the burka in public places and preparation to leave the European Union. The Daily Telegraph believes the whips sent Edward Leigh to try to persuade the group not to table the amendments. Bone blamed the Liberal Democrats for tying David Cameron's hands.

A prominent Eurosceptic, Bone has often been named as a potential defector to the United Kingdom Independence Party. Bone described UKIP's emergence as a "good thing for British politics", and criticised his own party for "neglecting" the views of traditional Conservatives on other issues such as immigration, but said he intended to campaign for withdrawal from the EU from within the Conservative Party

Peter Bone advocates the privatisation of the NHS, having stated that the service would not look out of place in Stalinist Russia.

He was also sponsoring a Private Members' Bill to name the August bank holiday 'Margaret Thatcher Day'. The Bill was due to have its second reading on 28 February, but Parliament ran out of time to debate it.

Wellingborough Conservative Association has received funding from the Midlands Industrial Council – £35,000 in 2004-5 – according to Searchthemoney.com. The group is chaired by Robert Edmiston, founder of Christian Vision. Midlands Industrial Council only lists one Midlands industrial company member, among other individuals with an interest in importing products to the UK rather than in Midlands industry. The Portcullis Club and private individuals have also contributed Lord Ashcroft's company, Bearwood Corporate Services Ltd (now Impellam Ventures), contributed in 2005-6.

Bone is an avid responder to paid-for political polls and declares the £75 payments received. The National Football League donates a pair of Wembley tickets to him each year. 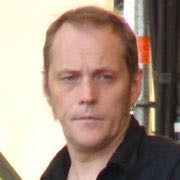 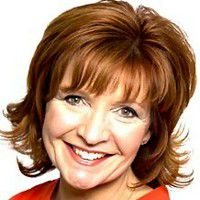