Perizaad Zorabian (born 23 October 1973) is an Indian actress. Her film debut was with Nagesh Kukunoor's Bollywood Calling and she gained international recognition for her role as Jenny in Subhash Ghai's Joggers' Park (2003).

Perizaad Zorabian was educated in New York City, where, in addition to her studies for a Master's degree in Business Administration at Baruch College, she also attended the Lee Strasberg Theatre and Film Institute. She returned to India after receiving her MBA degree, and subsequently assisted her father in his poultry farm business.

She married construction tycoon Boman Rustom Irani in 2006. She owns a restaurant "Gondola" in Mumbai.

Zorabian's first screen appearance was in a Clearasil television advertisement, which she had made before she moved to New York. She continued with advertisements for health care products after her return to Mumbai, and, in 1997, acted in a music video for Lucky Ali's Nahi Rakhta Dil Mein Kuch. She subsequently played "Maya" in the TV serial Hum Pardesi Ho Gaye.

Zorabian did a minor role in Mumbai Matinee (2003). In 2004, she played a supporting role in Morning Raga and made a cameo appearance in Dhoom. In 2005 she appeared in Ek Ajnabee opposite Kelly Dorjee, and a year later with Malcolm McDowell in Exitz. Her more recent films include Highway 203 (2006), Moonlight (2006), Just Married (2007) and Kabhi Up Kabhi Down. She has also acted in a Chinese film, Bandung Sonata, in which she played Indira Gandhi. 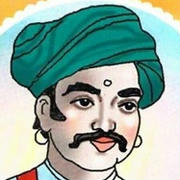