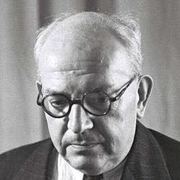 Born in Berlin in Germany, Naftali joined the Social Democratic Party in 1911. He served in the German Army between 1911 and 1912, after which he started to work as a journalist on economic affairs, returning to the army for a spell in 1917–18 to fight in World War I. In 1921, he became editor of the economics department of the Frankfurter Zeitung, a post he held until 1926, when he became head of the economic research department of a trade union. In 1921, he also published a book, How to read the Economic Section of the Newspaper, which was a bestseller.

In 1925, he had joined the Zionism movement, and in 1931 was a delegate to the Zionist Congress. He made aliyah in 1933, initially working as a lecturer at the Technion, before becoming director general of Bank Hapoalim in 1938, a post he held until 1949. Between 1941 and 1948 he served as a member of the Assembly of Representatives.

He was elected to the Knesset in 1949 on Mapai's list. After being re-elected in 1951, he was appointed Minister without Portfolio in David Ben-Gurion's government. In June 1952, he became Minister of Agriculture, a role he held until the 1955 elections, after which he reverted to being a Minister without Portfolio. In January 1959, he became Minister of Welfare, but lost his Knesset seat and place in the cabinet in the 1959 elections.

The contents of this page are sourced from Wikipedia article on 09 Mar 2020. The contents are available under the CC BY-SA 4.0 license.
View Peretz Naftali 's image gallery
Image Gallery