Percy Tau (born 13 May 1994) is an South African professional footballer who plays as a midfielder for Mamelodi Sundowns in the Premier Soccer League.

Born in South Africa, Tau began his career with Mamelodi Sundowns in the Premier Soccer League. He made his professional debut for the club on 25 February 2014 in the league against Orlando Pirates. He came on as a 85th-minute substitute for Domingues as Sundowns lost 1–0. Tau then scored his first professional goal for the club during a Nedbank Cup match on 22 March 2014 against Golden Arrows. His 90th-minute goal was the fourth and final goal for Sundowns as they won 4–1 against the Arrows. He then scored his first goal in international club competition on 5 April 2015 in a CAF Champions League match against TP Mazembe. He scored the Sundown's one and only goal of the match in the 84th minute as Mamelodi Sundowns fell 3–1.

After two seasons and rarely appearing for Mamelodi Sundowns, Tau went down a division and signed for National First Division side Witbank Spurs. He made his debut for the side on 6 February 2016 against African Warriors. He started the match and played 58 minutes as Witbank Spurs won 3–1.

After a season with Witbank Spurs, Tau rejoined Mamelodi Sundowns. Not long after rejoining the squad, Tau started and played all 180 minutes as Mamelodi Sundowns defeated Egyptian side Zamalek in the CAF Champions League Final as Sundowns won in two-legs 3–1 and thus won their first continental competition. He then scored his first goal in the league for the club on 2 November 2016 against Polokwane City. He scored the first of two goals for the side as they went on to win 2–0. Tau then made his debut for the side in the FIFA Club World Cup on 11 December 2016 against Kashima Antlers. Sundowns were knocked-out of the competition after losing to the Japanese side 2–0. During the fifth place match, Tau scored the only goals for Sundowns as they fell 4–1 to Jeonbuk Hyundai Motors of South Korea.

Tau made his debut for South Africa on 17 October 2015 in a 0–2 loss to Angola in a 2016 African Nations Championship qualification match.

On Saturday, 25 March 2017, Tau scored his first international goal in the 69th minute against Guinea-Bissau after receiving a yellow card two minutes earlier.

Scottish minister of the Dutch Reformed Church in South Africa 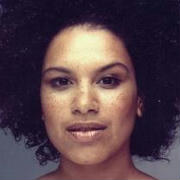