Pedro Elías Pablo Montt Montt (29 June 1849, Santiago, Chile – 16 August 1910, Bremen, Germany) was a Chilean political figure. He served as the president of Chile from 1906 to his death from a probable stroke in 1910. His government furthered railroad and manufacturing activities but ignored pressing social and labour problems.

The son of the former Chilean president Manuel Montt Torres and Rosario Montt Goyenechea, Pedro Montt graduated in law from the National Institute in 1870. He was elected a member of the Chamber of Deputies in 1876 and became its president in 1885. Montt held two posts in the cabinet of President José Manuel Balmaceda, but in 1891 he took an active part in the revolution that overthrew Balmaceda. He then went to the United States, first as an agent of the revolutionary junta and later (after U.S. recognition) as Minister.

Unsuccessful in his first bid for the presidency in 1901, Montt was elected by a large majority in 1906 as the candidate of the National Union ticket. His first action was to call out the army to suppress large-scale strikes in 1907, which resulted in the Santa María School massacre. His administration supported the construction of a railway that ran the length of the country and stimulated the production of nitrates and copper. It did little, however, to improve the living conditions of the people. In 1909, then-child-prodigy pianist Claudio Arrau played for Montt, who was so taken by the performance that he authorized a ten-year grant from the Chilean government for Arrau to study in Europe. In 1910, Montt left Chile for medical treatment in Germany, but died before he could return to Chile. 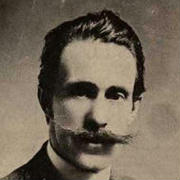