Dom Pedro de Alcântara of Orléans-Braganza, Prince of Grão Pará (15 October 1875 – 29 January 1940) was the first-born son of Dona Isabel, Princess Imperial of Brazil and Prince Gaston of Orléans, Count of Eu, and as such, was born second-in-line to the imperial throne of Brazil, during the reign of his grandfather, Emperor Dom Pedro II, until the empire's abolition. He went into exile in Europe with his mother when his grandfather was deposed in 1889, and grew up largely in France, at a family apartment in Boulogne-sur-Seine, and at his father's castle, the Château d'Eu in Normandy.

With the deposition of Pedro II of Brazil and the departure of the imperial family to the exile, rumors and even initiatives for the restoration appeared, occasionally. In 1893, the republic staggered with the second revolt of the navy and the federalist revolution in the south of the country. The leader of this last movement, Gaspar Silveira Martins, avowedly monarchist, was engaged in conspiracies to restore the parliamentary monarchy in Brazil. He had already insisted in vain that Pedro II should return to the country, after Marshal Deodoro had closed the National Congress. With the advance of the revolution, he proposed to Princess Isabel to allow the soldiers linked to the Army Revolt to take their eldest son, Pedro, Prince of Grão-Pará, to be acclaimed Dom Pedro III. He heard from the princess that "first of all she was a Catholic, and as such she could not leave the Brazilians with the education of her son, whose soul he had to save". Outraged, Silveira Martins replied: "So, madam, your (his) fate is the convent."

The House of Orléans-Braganza did not prepare itself to the risks of a bloody adventure in the south of Brazil. If, on the one hand, the Prince Imperial had given a revolution that had men and arms a soul, on the other hand, he spared himself the sad end of Custódio José de Melo, Gumercindo Saraiva, and so many others who measured forces against the republic.

In 1908 Dom Pedro wanted to marry Countess Elisabeth Dobržensky de Dobrženicz(1875–1951) who, although a noblewoman of the Kingdom of Bohemia, did not belong to a royal or reigning dynasty. Although the constitution of the Brazilian Empire did not require a dynast to marry equally, his mother ruled that the marriage would not be valid dynastically for the Brazilian succession, and as a result he renounced his rights to the throne of Brazil on 30 October 1908: To solemnize this, Dom Pedro, aged thirty-three, signed the document translated here:

This renunciation was followed by a letter from Isabel to royalists in Brazil:

Death of the Princess Imperial

After the death of the Princess Imperial in 1921, the deceased Dom Luiz's son, Prince Pedro Henrique of Orléans-Braganza, assumed the position of claimant to the Brazilian throne and was recognized as such by many of Europe's dynasties. After Dom Pedro de Alcântara's death in 1940 his eldest son, Prince Pedro Gastão of Orléans-Braganza, asserted a counter-claim as the proper successor (garnering the support of his brothers-in-law, the pretenders to the thrones of Orléanist France and Miguelist Portugal), and some Brazilian legal scholars subsequently argued that his father's renunciation would, indeed, have been constitutionally invalid under the monarchy. Although Pedro de Alcântara's daughter, Princess Isabel, is said to have referred to Dom Pedro Gastão as "My brother, the Brazilian Emperor", she acknowledged in her memoirs that their father nonetheless regarded his renunciation as binding, and treated it as effective.

D. Pedro's obituary, published on the Jornal do Brasil on 30 January 1940

Dom Pedro, after the extinction of the exile, came to Brazil to make hunting excursions in the Brazilian backlands. Accompanied by his secretary, he made between 1926 and 1927 one of the best-known trips of the time: the "auto-raid" from Bolivia to Rio de Janeiro, traveling four thousand kilometers by car on practically impassable roads. From this expedition there are reports published by Mario Baldi in Brazilian and European illustrated newspapers and magazines. Many photographs were made at the time; The images are part of the collection Mario Baldi, the secretary of culture of Teresópolis, city where the Austrian lived. Another expedition was made by the prince and his secretary, this time with the children of D. Pedro, in 1936.

On this occasion the expeditionaries visited indigenous villages of the Brazilian backwoods. The magazine A Noite Illustrada published several reports and photographs of Mario Baldi, who did the documentation of the adventure again. D. Pedro de Alcântara returned to Brazil in the decade of 1930, establishing itself in the Grão-Pará Palace, in Petrópolis. He became an obligatory figure in local celebrations and achievements, being greatly admired by the warm and friendly manner in which he always addressed his compatriots. In that same city the prince died, to the 65 years of age, victim of a respiratory illness, and was buried in the local cemetery with honors of head of state. In 1990, his remains were transferred along with his wife to the Imperial Mausoleum in the Cathedral of St. Peter of Alcantara in Petropolis, where they lie next to the tombs of their parents and grandparents in a simple vault.

Prince Pedro de Alcântara was a recipient of the following Brazilian orders:

He was a recipient of the following foreign honors:

Pedro and Elisabeth married on 14 November 1908 in Versailles, France, and had 5 children :

After his death his son Prince Pedro Gastão assumed the headship of the Petrópolis branch of the Imperial House of Brazil.

Death of the Princess Imperial 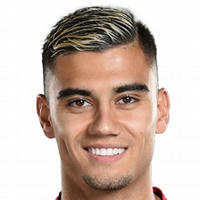 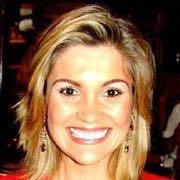