Pedro Cieza de León (Llerena, Spain c. 1520 – Seville, Spain 1554) was a Spanish conquistador and chronicler of Peru. He is known primarily for his history and description of Peru, Crónicas del Perú. He wrote this book in four parts, but only the first was published during his lifetime; the remaining sections were not published until the 19th and 20th centuries.

Cieza de León was born to a family of Jewish conversos[1] around 1520 in Llerena, a town in southeastern Extremadura, less than 60 mi from Portugal. Although recently converted from Judaism to Catholicism, the family enjoyed good social standing in the region because of their networks and business dealings.[2]

His father, Lope de León, was a shopkeeper in the town, and his mother, Leonor de Cazalla, was a native of Llerena. There is scant documentary evidence of the young Cieza de León’s childhood, and little is known of his early life before his voyage to the Americas. Given the fact that he left home at 13, it is unlikely that Cieza de León received more than a rudimentary education.

In 1536, in Córdoba, at 16, Cieza de León was greatly surprised to learn of the discovery of the land of the Incas and so decided to go to Seville to embarque on his journey to South America, to see for himself the artificts of precious metals which had been brought to Spain from Cajamarca.[3]

In light of the prohibition of entry into the Spanish colonies for Jews and Jewish converts to Catholicism, Alonso López and Luis de Torres attested for Cieza de León that he was not prohibited.[4] Jewish converso Pedro López de Cazalla, secretary of Spanish conquistador Francisco Pizarro, conqueror of the Incan Empire, was also his first cousin.[5].

Cieza de León participated in various expeditions and helped found a number of cities. These activities include the following:

Later life and the fate of his writings

Cieza de León returned to Seville, Spain, in 1551 and married a woman named Isabel López de Abreu. In this city he published, in 1553, the first part of the chronicles of Peru (Primera Parte). He died the following year, leaving the rest of his work unpublished. His Second Part of Chronicles of Peru, describing the Incas, was translated by Clements Markham and published in 1871. In 1909, the fourth part of his chronicle, focusing on the civil wars among the Spanish conquerors was published under the title Third Book of the Peruvian Civil Wars. The third part of Cieza de León's Crónicas del Perú, which examined the discovery and conquest of Peru by the Spaniards, was considered by historians to be lost. The document eventually turned up in a Vatican library, and historian Francesca Cantù published a Spanish version of the text in 1979.

Though his works are historical and narrate the events of the Spanish conquest of Peru and the civil wars among the Spaniards, much of their importance lies in his detailed descriptions of geography, ethnography, flora and fauna. He was the first European to describe some native Peruvian animal species and vegetables. 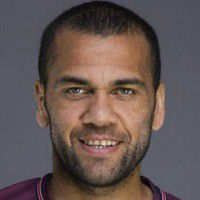