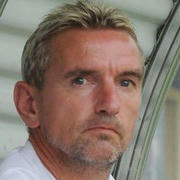 He played in the top flight for Slavia Prague and Drnovice in his native country, as well as in Japan.

Following his playing career, Řehák became a manager. He was assistant manager for Vissel Kobe before taking on the manager role in June 2005.

The contents of this page are sourced from Wikipedia article on 08 Mar 2020. The contents are available under the CC BY-SA 4.0 license.
comments so far.
Comments
Reference sources
References
http://fotbal.idnes.cz/fot_zahranici.asp?r=fot_zahranici&c=A050615_122237_fot_zahranici_rou
https://data.j-league.or.jp/SFIX07/?staff_id=2472
https://data.j-league.or.jp/SFIX04/?player_id=59
Trending today
All Film/TV Music Politics Sports Business Science Academia
No one found yet. Please check later.