Paulus Pontius (May 1603 in Antwerp – 16 January 1658 in Antwerp) was a Flemish engraver and painter. He was one of the leading engravers connected with the workshop of Peter Paul Rubens. Ater Rubens' death, Pontus worked with other leading Antwerp painters such as Anthony van Dyck and Jacob Jordaens.

Paulus Pontius was born in Antwerp where he was apprenticed to the still life painter Osias Beert on 3 December 1616. He later worked under the prominent engraver Lucas Vorsterman who taught him the art of engraving. Vorsterman had joined Rubens' workshop around 1617 or 1618 and had established himself as Rubens' primary engraver since. In 1626–1627 Pontius was admitted as a master in the Antwerp Guild of Saint Luke.

Together with Vorsterman, Schelte a Bolswert and Boetius à Bolswert, Pontius became one of the leading engravers of the first generation who made reproductions after Rubens' works. When Vorsterman left for England in 1624 after he had a conflict with Rubens, Pontius took over from Vorsterman as Rubens' foremost engraver. He even took up lodgings in Rubens' house from 1624 to 1631.

Pontius married three times. The names of his successive wives were: Christina Herselin, Catlyne van Eck and Helena Schryvers. He had respectively one son, two sons and three daughters, and one daughter with his spouses. His son François was an engraver and art dealer.

By 1634 Pontius was living with his first wife Christina Herselin in the Everdijstraat in the house of his father-in-law. On 26 April 1634 the famous but impoverished genre painter Adriaen Brouwer took up lodgings in his house as the two men were close friends. The same year the pair joined the local chamber of rhetoric Violieren. It has been suggested that Brouwer's painting called Fat man or Luxuria (Mauritshuis), which possibly represents the deadly sin of lust, is at the same time a portrait of Paulus Pontius.

Pontius was able to develop early in his career a personal style characterized by precise drawing that renders the original painting accurately. He was a master in suggesting the effects of light and the colours in a very subtle manner. Pontius worked as one of the principal engravers for Rubens' workshop. Pontius also worked after the work of pupils or imitators of Rubens. He can be regarded as one of the principal engravers of van Dyck's work.

Altogether Pontius produced 42 plates after Rubens. As several of these works were portraits of the rulers of the Spanish Netherlands such as the king and queen of Spain and the governors and ministers of the Spanish Netherlands, Pontius can be seen as the official portrait engraver. An example is the Portrait of Gaspar de Gusman, Count of Olivares, which Pontius made in 1626 after a design by Rubens. This was one of his first important portrait commissions and the success of the print led to many more official commissions.

In his portraits Pontius conveyed the figures and their expressions in an attractive and faultless manner. This quality of his work made him one of the most sought after engravers for the various publication projects of the prominent portrait painters active in Flanders at the time. He made many of the portrait engravings that were published in van Dyck's Iconography (Antwerp, c. 1632–44), Johannes Meyssens' Images de divers hommes, Cornelis de Bie's Het Gulden Cabinet (Antwerp, 1661) and Anselm van Hulle's Icones legatorum (Antwerp, 1648).

The contents of this page are sourced from Wikipedia article on 19 Apr 2020. The contents are available under the CC BY-SA 4.0 license.
View Paulus Pontius 's image gallery
Image Gallery

Politician from the Netherlands 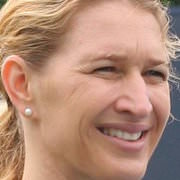 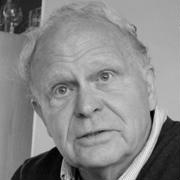 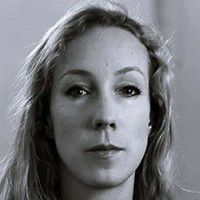