Paulo Sérgio Betti (born 8 September 1952) is a Brazilian stage, film and television actor. He also works occasionally as a film producer and director.

Paulo Sérgio Betti was born on 8 September 1952 in Rafard, a small town in the state of São Paulo. In over thirty years of career, Betti has acted in over 20 telenovelas and in 21 feature films. His most notable role was as the revolutionary Captain Carlos Lamarca in Lamarca (1994) and Zuzu Angel (2006), both directed by Sérgio Rezende. For his role in Lamarca, he won the São Paulo Association of Art Critics Award for Best Film Actor in 1995. He also hosted the show Novos Nomes em Cena of Canal Brasil, where he interviewed young Brazilian actors.

In 1989 Betti was one of the producers of the music video for the famous jingle "Lula Lá" ("Lula There") for the presidential candidate Luiz Inácio Lula da Silva from the Workers' Party. In this video, several famous artists of the time sing the jingle. Betti supported Lula throughout all of his presidential campaigns, including the one in 2006, when several artists withdrawn their support from the candidate because of his party's involvement in the scandal known as "mensalão".

The contents of this page are sourced from Wikipedia article on 09 May 2020. The contents are available under the CC BY-SA 4.0 license.
View Paulo Betti 's image gallery
Image Gallery 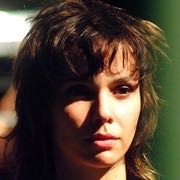