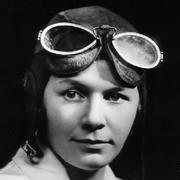 Pauline Mary de Peauly Gower Fahie (22 July 1910 – 2 March 1947) was a British pilot and writer who established the women's branch of the Air Transport Auxiliary during the Second World War.

Daughter of MP Sir Robert Gower, and educated at Beechwood Sacred Heart School, she first flew with Alan Cobham and was fascinated by flying. Gower met Dorothy Spicer at the London Aeroplane Club at Stag Lane Aerodrome and they became friends. In August 1931 they established a joy-riding and air taxi service in Kent. Gower was licensed to carry passengers for 'hire or reward', and held a 'B' Pilot's licence after completing the test requirements which included a solo night flight and one hundred hours plus of flying in the day. Spicer was qualified as a ground engineer and held an 'A' (private) pilot's licence. They hired a plane and later bought a Gypsy Moth for the business, but struggled to make a living so decided to join the Crimson Fleet air circus and later the British Hospitals' air pageant.

In 1932, to support British Hospitals, they toured the country with an Air Circus, giving air pageants in 200 towns. They joined the Aeronautical Section of the Women's Engineering Society in 1932. Gower also wrote for Girl's Own Paper and Chatterbox and published a collection of poetry, Piffling Poems for Pilots, in 1934. As a writer she was acquainted with W. E. Johns whose character Worrals was based on herself as well as Amy Johnson.

In 1935 she was appointed as a council member for the Women's Engineering Society. She chaired a meeting on "The History of British Airships", where Mr. M. Langley championed the airboat and Hon. A. F. de Moleyns the airship. In 1936, Gower was the first woman to be awarded the Air Ministry's Second Class Navigator's Licence. Later that year, Gower and her colleague Dorothy Spicer ('daring aeronauts') presented a technical paper at the Women's Engineering Society Annual General Meeting on the treatment of metals for aircraft engineers. In 1938, she was appointed a civil defence commissioner in London with the Civil Air Guard. That year her work on women in aviation—Women with Wings—was published.

On the outbreak of the Second World War, Gower made use of her high-level connections to propose the establishment of a women's section in the new Air Transport Auxiliary —the ATA would be responsible for ferrying military aircraft from factory or repair facility to storage unit or operational unit—to the authorities. Based at Hatfield, Gower formed a ferry pool made up of eight female pilots in December 1939.

Gower was appointed as the head of the women's branch, and commenced the selection and testing of women pilots, the first eight being appointed by the ATA on 1 January 1940. Early members included ice-hockey international Mona Friedlander, Margaret Fairweather (Lord Runciman's daughter) and former ballet dancer Rona Rees. Later members included Amy Johnson and former Olympic skier Lois Butler. Gower received the MBE for her services in 1942 and received a Harmon Trophy award posthumously in 1950. In time Gower was able to argue that they should be allowed to fly any type of aircraft. In 1943 they achieved pay parity with male pilots. Before that they had routinely been paid only 80% of the male wage.

The British Library holds a recording of Gower talking about her flying experiences over Kent during a night flight as well as her opinions of women being pilots.

A bus company in Hatfield named its eight buses after the "first eight" of the Tiger Moth pilots in the ATA, including Gower. The fifteen surviving women members of the ATA (and 100 surviving male pilots) were given a special award in 2008 by the Prime Minister Gordon Brown.

The contents of this page are sourced from Wikipedia article on 08 Mar 2020. The contents are available under the CC BY-SA 4.0 license.
View Pauline Gower 's image gallery
Image Gallery 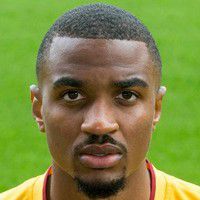 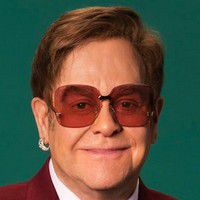 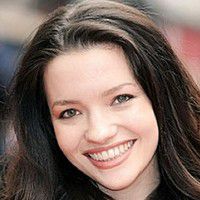 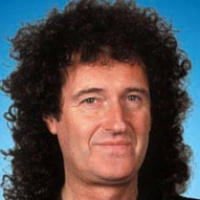