In 1990, Marshall had a guest role as Iris West, the love interest of Flash (Barry Allen) on the short lived Flash TV Series in the opening pilot episode. Then, in 1991, she guest-starred on Superboy with a young Clark Kent before he called himself Superman, playing the villainous Christina Riley, a woman who is, in secret, a werewolf. Both series are part of DC Comics media. In 1992, Marshall had a three-episode guest role on The Wonder Years and later guest-starred on shows such as Seinfeld, Nash Bridges, Grapevine and Diagnosis: Murder. Later on in 1992, she starred in the movie Hellraiser III: Hell on Earth, as "Terri". In 1994, she got her first sitcom role on Wild Oats. In 1995 Marshall started in the science fiction cult classic TV Movie W.E.I.R.D. World (directed by William Maloneas) as Dr. Abby O'Reardon, an evil scientist who rejuvenates her boss (and later becomes his mother) and is bent in turning grown men into babies. After a few years in B movies, Marshall gained a role on a second series, 1997's Chicago Sons. In the same year, she landed a recurring role on Spin City and starred alongside Bette Midler and Dennis Farina in the film That Old Feeling, where her character fell in love with one played by Danny Nucci.

Marshall has also been cast in several pilots that were not picked up, including the Elizabeth Lackey series Cooking Lessons and Rob Thomas's Sticks.

Marshall's sixth series, Hidden Hills, was an offbeat comedy about three families in suburbia. Marshall also had in a secondary role in the Steve Martin-Bonnie Hunt remake of Cheaper by the Dozen and a cameo appearance in Break a Leg, which starred her husband Danny Nucci.

In 2004, Marshall appeared in an episode of Alicia Silverstone's Miss Match, but the series was cancelled before it aired. In October, she had a four-episode role in the new series Veronica Mars (created by Cupid's Rob Thomas), which she reprised toward the end of season two. Marshall's next main role came in the sitcom Out of Practice.

In 2007, Marshall appeared in the Showtime series Californication. She also was seen in the FX series Nip/Tuck, as an insecure actress who dated Dr. Sean McNamara.

In 2008, Marshall joined the James Woods crime drama Shark as a recurring character.

Marshall starred on the CBS sitcom Gary Unmarried. She and Jay Mohr played a divorced couple sparring while trying to be loving parents to their two kids. The show was her first to be picked up for a second season.

Marshall had a guest role in the hit drama House, playing Julia, sister of Lisa Cuddy.

In 2012, Marshall guest starred in an episode of CSI: Crime Scene Investigation. She played the role of Kathy Veck, owner of an oil company.

In 2013, Marshall guest starred in 2 episodes of Two And A Half Men as Alan Harper's transgender girlfriend, Paula.

Marshall was born in Rockville, Maryland; she graduated in 1982 from Robert E. Peary High School in Rockville.

Marshall married actor Danny Nucci in 2003; she gave birth to her first child in March 2005. 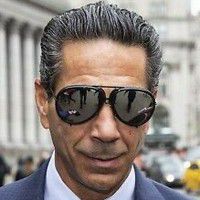 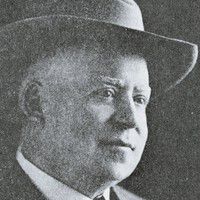 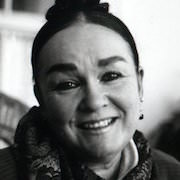