Paula Jean Welden (October 19, 1928 – disappeared December 1, 1946) was an American college student who disappeared while walking on Vermont's Long Trail hiking route, the scene of several other unexplained disappearances around this time. The local sheriffs were criticised for their poor investigation, and this led to the creation of the Vermont State Police.

Paula Welden was the eldest of four daughters of the well-known industrial engineer, architect and designer William Archibald Welden (1900–1970) and his wife Jean Douglas (b at Mount Kisco, New York, 1901–d. at Venice, Florida, 1976), née Wilson, of Brookdale Road, Stamford, Connecticut. Employed by the Revere Copper and Brass Company, W. Archibald Welden was the designer of many familiar household utensils, as well as stylish cocktail shakers and other objects. Paula was a 1945 graduate of Stamford High School.

In 1946, Welden was a sophomore at Bennington College in North Bennington, Vermont. Her college dormitory was Dewey House, one of the older dormitories on the college grounds, and which remains to this day. She was an art major but, dissatisfied with the faculty and her progress, was contemplating changing her major; she had discovered a newfound love of botany. Welden, a typical student, was sorting out her own interests from those of her parents and was trying to expand her circle of friends. She and her roommate were quite close and both realized how dependent they were on one another for a social life. Paula started to befriend other students and became involved in square dancing and hiking with groups of friends from Bennington College and Williams College in Williamstown, Massachusetts.

Welden worked part-time at the dining hall in The Commons on campus. On Sunday, December 1 she worked the lunch shift. She decided to find and walk a portion of the Long Trail, a few miles from the campus. Paula knew of the famous trail but hadn't yet had an opportunity to hike it. She tried to get some other students to join her that day, but they were busy. Paula went by herself.

After finishing her shift in the dining hall, Welden returned to her room and changed into walking clothes. Her clothing was adequate for the weather that afternoon but not for the anticipated drop in temperature that night. She packed no bag, took no extra clothing, and did not take any extra money. From all appearances, she did not expect to be gone more than a few hours. Welden walked down the campus driveway and hitched a ride from State Route 67A near the college entrance in North Bennington to a point on State Route 9 near the Furnace Bridge between downtown Bennington and Woodford Hollow. Local contractor Louis Knapp picked her up and drove her as far as his house on Route 9, about 2.5 miles (4.0 km) from the Long Trail. From this point, Welden either hitchhiked or walked the rest of the way to the start of the Long Trail in Woodford Hollow.

A group of hikers were walking down the trail as Welden was walking up. She approached them and asked them a few questions about the Long Trail. She continued walking in a northerly direction on the road portion of the trail now known as Harbour Road. Welden was on the Long Trail late in the afternoon and darkness was falling as she approached the end of Harbour Road. She may have continued into quickly darkening woods and it was presumed that she must have continued her Long Trail walk along the Bolles Brook valley, although there are no known confirmed sightings of her past the Fay Fuller Camp.

Welden didn't return to campus. Her roommate thought she must have gone to the library to study for exams, but the next morning, Welden still hadn't returned. Once the college administrators were notified, they immediately started a search of the campus itself. The Bennington County State's Attorney was notified, and the county sheriff was brought in to help with the search. Over the next couple of days, her visit to the Long Trail was discovered when one of the hikers she had approached identified her from the photo in the Bennington Banner newspaper, where he worked.

Weeks of searching ensued. The college closed for several days, and the students and faculty participated in organized searches. Hundreds of volunteers, family members, National Guard troops, students, and firefighters searched for her to no avail. Ground and air searches concentrated on the Long Trail up as far as Glastenbury Mountain (ten miles to the north), the trail's various branches, and along Vermont Route 9 from Bennington to Brattleboro. Most of those searching assumed Paula had gotten lost in the woods. When no clues were found as to her whereabouts, other theories started to be considered.

Alternative theories speculated that she had been in unusually high spirits and had decided to run away to start a new life, was going to meet a secret lover and went off with him, or had become injured and suffered from amnesia. Darker theories speculated that Paula was depressed and may have committed suicide, she might have been kidnapped or murdered.

At the time of Paula's disappearance, there was no state police organization in Vermont, and the state's attorney, county sheriff and state investigator Almo Franzoni were responsible for the investigation. Paula's father pressed the investigators and the governor to bring in additional professional law enforcement help. Vermont's governor asked Connecticut's governor to lend assistance. Connecticut State Police detective Robert Rundle and state policewoman Dorothy Scoville were assigned to the case. They interviewed every person who saw, or thought they saw Paula, every person who lived along the route she took or who were simply in the vicinity of the Long Trail on that December afternoon.

Investigators discovered that one of the last people to see Paula alive was a man who lived along Harbour Road. He was in the midst of an argument with his girlfriend when she walked by. The man stormed off in a jealous rage shortly thereafter and depending on different statements he made, he went to his shack and spent the evening by himself, or he drove his truck up the travel portion of the trail (where Paula was heading). He lied to police on several occasions and was a person of interest in 1946 and again in 1952 when the case was revisited. Reportedly, he told at least two people that he knew within a hundred feet where Paula was buried but later claimed it was just idle talk. When no evidence was found that a crime had actually been committed, no body was ever discovered, and no forensic clues were identified, this avenue of the investigation ended.

The manner in which Paula's disappearance was handled was sharply criticized by Paula's father and many others. He pointed out that the lack of a statewide law enforcement organization and the lack of training of local sheriffs contributed to a poorly run investigation. Within seven months of Paula's disappearance, the Vermont legislature created the Vermont State Police.

In the same general area where Welden disappeared, at least four other unexplained vanishings were reported to have taken place between 1945 and 1950. Due to the strangeness of these events, Vermont broadcaster and author Joseph A. Citro dubbed the wilderness area northeast of Bennington "the Bennington Triangle" – a reference to unexplained disappearances in the Bermuda Triangle.

Author Shirley Jackson (1916–1965) was inspired by Welden's vanishing when she wrote her novel Hangsaman (1951), as indicated by Jackson's papers in the Library of Congress. At the time of Welden's disappearance in 1946, Shirley Jackson was living in North Bennington, Vermont, where her husband was employed at Bennington College. Jackson's short story, "The Missing Girl", included in Just An Ordinary Day (the 1996 collection of her previously unpublished/uncollected short stories), also references the Welden case.

Hillary Waugh's 1952 novel Last Seen Wearing... was based on Walden's disappearance. This was mentioned in the January 26, 2014, Dick Tracy "Crimestoppers Textbook".

Founder of the Moorish Science Temple of America 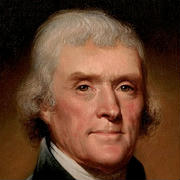 3rd President of the United States of America 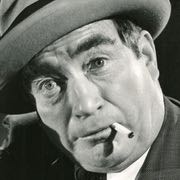 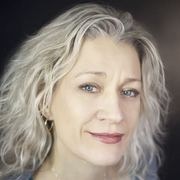