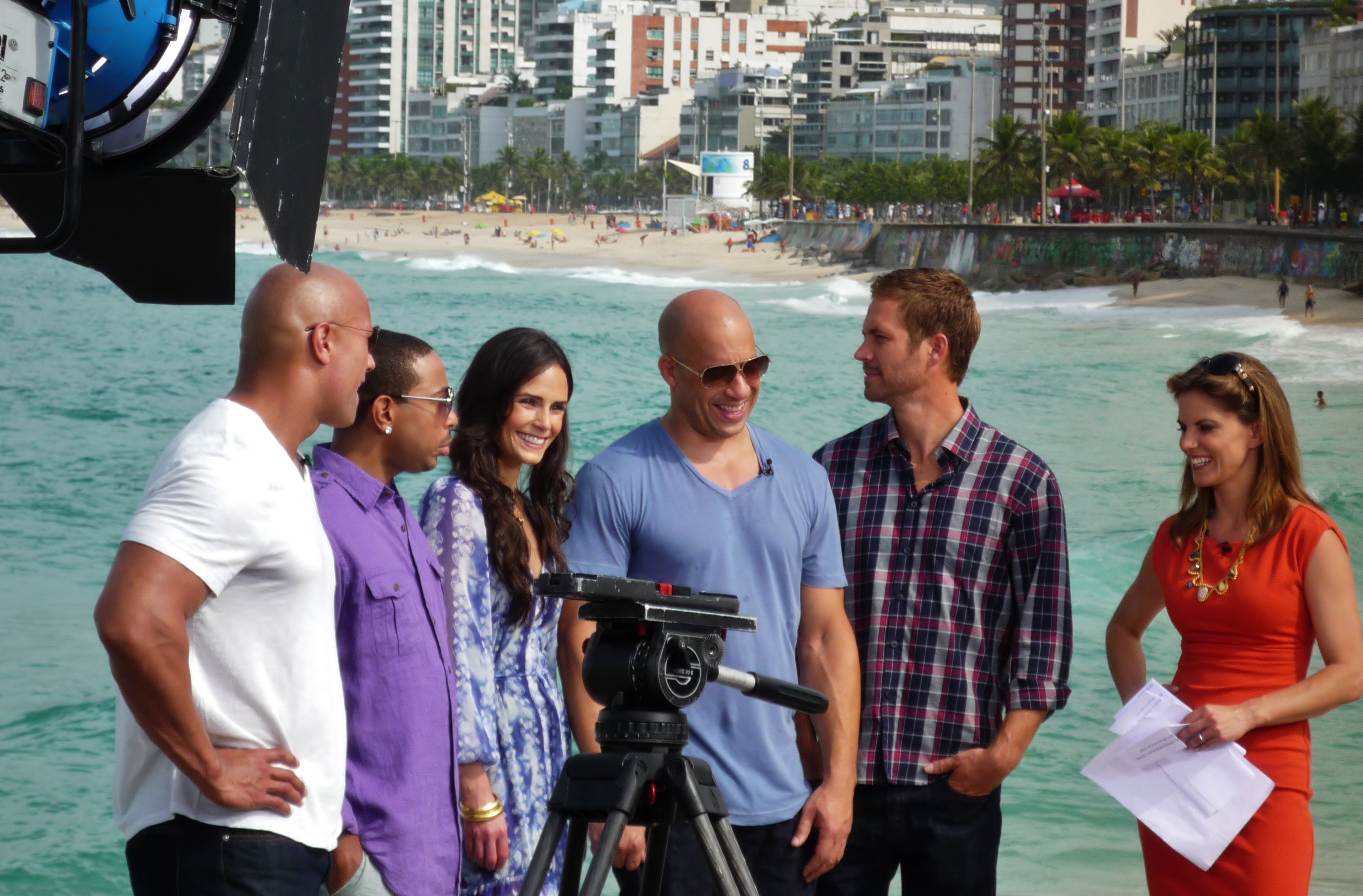 Paul William Walker IV (September 12, 1973 – November 30, 2013) was an American actor. Walker began his career guest-starring in several television shows such as The Young and the Restless and Touched by an Angel. Walker gained prominence with breakout roles in coming of age and teen films such as She's All That and Varsity Blues. In 2001, Walker gained international fame for his portrayal of Brian O'Conner in the street racing action film The Fast and the Furious, and would reprise the role in five of the next six installments but died in the middle of the filming of Furious 7. He also starred in films such as Eight Below, Timeline, Into the Blue, Joy Ride and Running Scared.
Besides acting, Walker was the face of The Coty Prestige fragrance brand Davidoff Cool Water for Men, and starred in the National Geographic Channel series, Expedition Great White. He also founded the charity "Reach Out Worldwide" (ROWW), an organization providing relief efforts for areas affected by natural disasters. He was often praised for his off-screen charity work, and as a performer.
Walker died in a single-vehicle collision on November 30, 2013, alongside friend Roger Rodas. Three films that he was involved in at the time were released posthumously: Hours (2013), Brick Mansions (2014), and Furious 7 (2015). The song "See You Again" by Wiz Khalifa and Charlie Puth, which appeared on the Furious 7 soundtrack, is a tribute to Walker. The song was nominated for the Golden Globe Award for Best Original Song at the 73rd Golden Globe Awards.

Walker was born in Glendale, California, and was the son of Cheryl (née Crabtree), a fashion model, and Paul William Walker III, a sewer contractor and a fighter who was a two-time Golden Gloves champion. Paul’s paternal grandfather had a boxing career as “'Irish' Billie Walker”. Paul's ancestry was mostly English, with some German, Swiss, and Irish. One of his grandfathers raced factory cars for Ford in the 1960s. The oldest of five siblings, Walker was raised primarily in the Sunland community of Los Angeles and attended high school in the San Fernando Valley, graduating from Sun Valley's Village Christian School in 1991. He was raised as a member of The Church of Jesus Christ of Latter-day Saints. After high school, Walker attended several community colleges in Southern California, majoring in marine biology.

Walker began his small screen career as a toddler, when he starred in a television commercial for Pampers. He began modeling at the age of two and began working on television shows in 1985, with roles in shows such as Highway to Heaven, Who's the Boss?, The Young and the Restless, and Touched by an Angel. That year he starred in a commercial for Showbiz Pizza. Walker's film career began in 1986, with the horror/comedy film Monster in the Closet. In 1987 he appeared in The Retaliator (aka Programmed to Kill), a low budget cyborg action film, with Robert Ginty. He and his sister Ashlie were contestants on a 1988 episode of the game show I'm Telling!; they finished in second place. In 1993 he played Brandon Collins on the CBS soap opera The Young and the Restless. He and his co-star Heather Tom, who played Victoria Newman, were nominated for Outstanding Lead Actor and Actress in a soap opera at the Youth in Film Awards. In 1998, Walker made his feature film debut in the comedy Meet the Deedles, which finally gained him fame. This subsequently led to supporting roles in the movies Pleasantville (1998), Varsity Blues (1999), She's All That (1999), and The Skulls (2000). In 2001, Walker's breakthrough role arrived when he starred opposite actor Vin Diesel in the successful action film The Fast and the Furious, the first film in the franchise. The film established Walker as a notable film star and leading man and led to his reprise of the role in the 2003 sequel 2 Fast 2 Furious. He continued his career with leading roles in films such as Joy Ride (2001), Timeline (2003), and Into the Blue (2005). He had a supporting role in Clint Eastwood's adaptation of Flags of Our Fathers (2006).

Walker at a convention in February 2006

Walker then starred in the crime thriller Running Scared and Walt Disney Pictures' Eight Below, both released in 2006. Eight Below garnered critical-acclaim and opened in first place at the box office, grossing over US$20 million during its first weekend. During the filming of Running Scared, director Wayne Kramer stated that "[Walker] is that guy on some level" when comparing Walker with his character in the movie, Joey Gazelle. Kramer continued on to say that he "loved working with [Walker] because as a director he's completely supportive of my vision of what the film is. And even better, he's completely game for it."

The Coty Prestige fragrance brand Davidoff Cool Water for Men announced in January 2011 that Walker was going to be the new face of the brand as of July 2011. He reprised his role in the fifth installment of The Fast and the Furious series, Fast Five (2011), and again in Fast & Furious 6 (2013). For this film, he won the 2014 MTV Movie Award as best on-screen duo, with Vin Diesel. He was part of an ensemble cast in Wayne Kramer's Pawn Shop Chronicles (2013), which was Walker's last film released before his death.

Shortly after his death, the Hurricane Katrina based film Hours, which he had completed earlier in 2013, was released on December 13, 2013. He had also completed the action film Brick Mansions, a remake of the French film District 13, which was released in April 2014. At the time of his death, Walker had been filming Furious 7, which was slated for release in July 2014. The film was completed by using his brothers Caleb and Cody as his body doubles/stand-ins, and CGI, and was released in April 2015. Walker was also set to play Agent 47 in the video game adaptation Hitman: Agent 47, but died before production began. Walker lived in Santa Barbara with his dogs. He and Rebecca Soteros, a one-time girlfriend, had a daughter named Meadow Walker, who lived with her mother in Hawaii for 13 years and then moved to California to live with Walker in 2011. Her godfather is Vin Diesel. At the time of his death, Walker was dating Jasmine Pilchard-Gosnell.

He held a brown belt in Brazilian jiu-jitsu under Ricardo "Franjinha" Miller at Paragon Jiu-Jitsu and was awarded his black belt by Miller posthumously.

Walker held an interest in marine biology; he joined the Board of Directors of The Billfish Foundation in 2006. He fulfilled a lifelong dream by starring in a National Geographic Channel series Expedition Great White (later retitled Shark Men), which premiered in June 2010. He spent 11 days as part of the crew, catching and tagging seven great white sharks off the coast of Mexico. The expedition, led by Chris Fischer, founder and CEO of Fischer Productions, along with Captain Brett McBride and Dr. Michael Domeier of the Marine Conservation Science Institute, took measurements, gathered DNA samples, and fastened real-time satellite tags to the great white sharks. This allowed Dr. Domeier to study migratory patterns, especially those associated with mating and birthing, over a five-year period.

In March 2010, Walker went to Constitución, Chile, to offer his help and support to the people injured in the 8.8 magnitude earthquake that struck on February 27. He flew with his humanitarian aid team, Reach Out Worldwide, to Haiti to lend a helping hand to the 2010 Haiti earthquake victims.

An avid car enthusiast, he competed in the Redline Time Attack racing series in which he raced an M3 E92 and was on the AE Performance Team. His car was sponsored by Etnies, Brembo Brakes, Ohlins, Volk, OS Giken, Hankook, Gintani, and Reach Out Worldwide. Walker had been preparing for an auto show prior to his death.

Roger Rodas became Walker's financial adviser in 2007 and helped to establish Reach Out Worldwide. Rodas, a pro-am racer was the CEO of Always Evolving, a Valencia high-end vehicle performance shop owned by Walker.

Walker was close friends with his 2 Fast 2 Furious co-star Tyrese Gibson. Vin Diesel considered Walker to be like a brother, both on and off screen, and affectionately called him "Pablo". Walker's mother referred to her son as Diesel's "other half".

Walker, who was raised in a Mormon household, later became a non-denominational Christian.

On November 30, 2013, at approximately 3:30 p.m. PST, Walker and Roger Rodas, 38, left an event for Walker's charity Reach Out Worldwide for victims of Typhoon Haiyan (Yolanda) in Rodas's Porsche Carrera GT. The car crashed into a concrete lamp post and two trees on Hercules Street, in a 45 miles per hour (72 km/h) speed zone near Kelly Johnson Parkway in Valencia, Santa Clarita, California, after which the vehicle burst into flames. The crash was caught on film by a security camera. Authorities determined that Rodas was driving the car while Walker was the passenger. The Los Angeles County Sheriff's Department declared both victims dead at the scene. Rodas died of multiple traumatic injuries while Walker died from the combined effects of traumatic and thermal trauma, according to the Los Angeles County Coroner's office. Both of their bodies were burned beyond recognition.

The curve where Walker and Rodas were killed is a popular spot for drifting cars. The coroner's report stated that the car was traveling at a speed possibly as high as 100 miles per hour (160 km/h) before the crash. The coroner's report further stated that no alcohol or other drugs were found in the systems of either man. Furthermore, it states that there were no hints of technical problems with the car and neither a damaged surface of the street nor parts on the street played a role in the crash. Police investigated as to whether drag racing played a role but were unable to find evidence of a second car's involvement. A piece of the car was stolen off the tow truck as the wreckage was towed away on a flatbed. Two men, Jameson Brooks Witty and Anthony Janow, were arrested for grand theft. Walker's autopsy showed "scant soot" in his trachea, leading investigators to believe he died before the car was engulfed in fire, where Rodas was killed on or shortly after impact by head, neck, and chest trauma. With Furious 7 in the middle of filming at the time of Walker's death, Universal announced an indeterminate hiatus on the production, citing a desire to speak with his family before determining what to do with the film.

Numerous friends and movie stars posted tributes to Walker on social media. His body was cremated and his ashes were buried in a non-denominational ceremony at Forest Lawn Memorial Park, Hollywood Hills.

In December 2014, Walker's father, Paul III, filed a lawsuit against Rodas's estate seeking the return of, or "a proportionate share" of revenue generated by a group of automobiles that were jointly owned by both Walker and Rodas.

In September 2015, Walker's daughter Meadow filed a suit against Porsche for wrongful death of her father, claiming that the Porsche Carrera GT had numerous design defects including a history of instability, and that seat belt placement can cause harm upon impact. Porsche's response denied any wrongdoing and blamed Walker himself, stating: "The perils, risk, and danger were open and obvious and known to him, and he chose to conduct himself in a manner so as to expose himself to such perils, dangers, and risks, thus assuming all the risks involved in using the vehicle." In April 2016, a U.S. District Court ruled in favor of Porsche in a separate lawsuit filed by Roger Rodas' widow, Kristine. The ruling has no bearing on two other cases against Porsche which have been filed by Walker’s father, who is also the executor of the actor’s estate, and his daughter. Both are pending cases at the Los Angeles superior court. 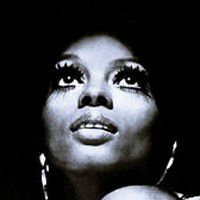