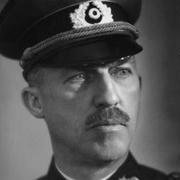 Karl Paul Immanuel von Hase (24 July 1885 – 8 August 1944) was a German career soldier and figured among the members of the resistance against Adolf Hitler's Nazi régime.

Hase was born in Hanover. He was the fifth child of Paul and Frieda von Hase. On 12 December 1921, Hase married Margarete, Baronesse von Funck in Neustreiltz. They had four children: Ina, Maria-Gisela, Alexander and Friedrich-Wilhelm.

He held the following posts in the Reichswehr/Wehrmacht during the time of the Third Reich:

From 1938, Brigadier-General von Hase was privy to the conspiracy plans plotted by such men as Wilhelm Canaris, Hans Oster, Generals Erwin von Witzleben, Franz Halder and Erich Hoepner. He was an uncle of Dietrich Bonhoeffer, the famous Lutheran pastor who also took part in the conspiracy.

On 20 July 1944, after the failed assassination of Hitler at the Wolf's Lair in East Prussia, Hase ordered Major Otto Ernst Remer of the Infantry Regiment Großdeutschland to seal off the government quarter in Berlin during the subsequent coup d'état attempt. Remer later removed the cordon and Hase was arrested by the Gestapo that evening whilst he was dining with Joseph Goebbels.

In the trial against him and a number of other members of the plot at the Volksgerichtshof on 8 August 1944, he was sentenced to death and hanged later the same day at Plötzensee Prison in Berlin.

The contents of this page are sourced from Wikipedia article on 08 Mar 2020. The contents are available under the CC BY-SA 4.0 license.
View Paul von Hase 's image gallery
Image Gallery