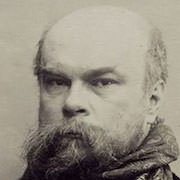 Paul-Marie Verlaine (/vɛərˈlɛn/; French: [vɛʁlɛn]; 30 March 1844 – 8 January 1896) was a French poet associated with the Decadent movement. He is considered one of the greatest representatives of the fin de siècle in international and French poetry.

Born in Metz, Verlaine was educated at the Lycée Impérial Bonaparte (now the Lycée Condorcet) in Paris and then took up a post in the civil service. He began writing poetry at an early age, and was initially influenced by the Parnassien movement and its leader, Leconte de Lisle. Verlaine's first published poem was published in 1863 in La Revue du progrès, a publication founded by poet Louis-Xavier de Ricard. Verlaine was a frequenter of the salon of the Marquise de Ricard (Louis-Xavier de Ricard's mother) at 10 Boulevard des Batignolles and other social venues, where he rubbed shoulders with prominent artistic figures of the day: Anatole France, Emmanuel Chabrier, inventor-poet and humorist Charles Cros, the cynical anti-bourgeois idealist Villiers de l'Isle-Adam, Théodore de Banville, François Coppée, Jose-Maria de Heredia, Leconte de Lisle, Catulle Mendes and others. Verlaine's first published collection, Poèmes saturniens (1866), though adversely commented upon by Sainte-Beuve, established him as a poet of promise and originality.

Verlaine's private life spills over into his work, beginning with his love for Mathilde Mauté de Fleurville. Mathilde became Verlaine's wife in 1870. At the proclamation of the Third Republic in the same year, Verlaine joined the 160th battalion of the Garde nationale, turning Communard on 18 March 1871.

He became head of the press bureau of the Central Committee of the Paris Commune. Verlaine escaped the deadly street fighting known as the Bloody Week, or Semaine Sanglante, and went into hiding in the Pas-de-Calais.

Relationships with Rimbaud and Létinois Verlaine returned to Paris in August 1871, and, in September, he received the first letter from Arthur Rimbaud. By 1872, he had lost interest in Mathilde, and effectively abandoned her and their son, preferring the company of his new lover. Rimbaud and Verlaine's stormy affair took them to London in 1872. In Brussels in July 1873 in a drunken, jealous rage, he fired two shots with a pistol at Rimbaud, wounding his left wrist, though not seriously injuring the poet. As an indirect result of this incident, Verlaine was arrested and imprisoned at Mons, where he underwent a re-conversion to Roman Catholicism, which again influenced his work and provoked Rimbaud's sharp criticism.

The poems collected in Romances sans paroles (1874) were written between 1872 and 1873, inspired by Verlaine's nostalgically colored recollections of his life with Mathilde on the one hand and impressionistic sketches of his on-again off-again year-long escapade with Rimbaud on the other. Romances sans paroles was published while Verlaine was imprisoned. Following his release from prison, Verlaine again traveled to England, where he worked for some years as a teacher, teaching French, Latin and Greek, and drawing at a grammar school in Stickney in Lincolnshire. From there he went to teach in Boston, before moving to Bournemouth. While in England he produced another successful collection, Sagesse. He returned to France in 1877 and, while teaching English at a school in Rethel, fell in love with one of his pupils, Lucien Létinois, who inspired Verlaine to write further poems. Verlaine was devastated when Létinois died of typhus in 1883.

Verlaine's last years saw his descent into drug addiction, alcoholism, and poverty. He lived in slums and public hospitals, and spent his days drinking absinthe in Paris cafes. Fortunately, the people's love for his art was able to resurrect support and bring in an income for Verlaine: his early poetry was rediscovered, his lifestyle and strange behaviour in front of crowds attracted admiration, and in 1894 he was elected France's "Prince of Poets" by his peers.

His poetry was admired and recognized as ground-breaking, and served as a source of inspiration to composers. Gabriel Fauré composed many mélodies, such as the song cycles Cinq mélodies "de Venise" and La bonne chanson, which were settings of Verlaine's poems. Claude Debussy set to music Clair de lune and six of the Fêtes galantes poems, forming part of the mélodie collection known as the Recueil Vasnier. Reynaldo Hahn set several of Verlaine's poems as did the Belgian-British composer Poldowski (daughter of Henryk Wieniawski).

His drug dependence and alcoholism caught up with him and took a toll on his life. Paul Verlaine died in Paris at the age of 51 on 8 January 1896; he was buried in the Cimetière des Batignolles (he was first buried in the 20th division, but his grave was moved to the 11th division—on the roundabout, a much better location—when the Boulevard Périphérique was built). Much of the French poetry produced during the fin de siècle was characterized as "decadent" for its lurid content or moral vision. In a similar vein, Verlaine used the expression poète maudit ("cursed poet") in 1884 to refer to a number of poets like Stéphane Mallarmé, Arthur Rimbaud, Aloysius Bertrand, Comte de Lautréamont or Alice de Chambrier, who had fought against poetic conventions and suffered social rebuke or were ignored by the critics. But with the publication of Jean Moréas' Symbolist Manifesto in 1886, it was the term symbolism which was most often applied to the new literary environment. Along with Verlaine, Mallarmé, Rimbaud, Paul Valéry, Albert Samain and many others began to be referred to as "Symbolists." These poets would often share themes that parallel Schopenhauer's aesthetics and notions of will, fatality and unconscious forces, and used themes of sex (such as prostitutes), the city, irrational phenomena (delirium, dreams, narcotics, alcohol), and sometimes a vaguely medieval setting.

In poetry, the symbolist procedure—as typified by Verlaine—was to use subtle suggestion instead of precise statement (rhetoric was banned) and to evoke moods and feelings through the magic of words and repeated sounds and the cadence of verse (musicality) and metrical innovation.

Verlaine described his typically decadent style in great detail in his poem "Art Poétique," describing the primacy of musicality and the importance of elusiveness and "the Odd." He spoke of veils and nuance and implored poets to "Keep away from the murderous Sharp Saying, Cruel Wit, and Impure Laugh." It is with these lyrical veils in mind that he concluded by suggesting that a poem should be a "happy occurrence." 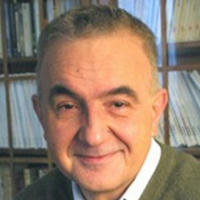