Paul Ernst Emil Sintenis (4 April 1847 Seidenberg, Oberlausitz, Prussia – 6 March 1907) was a German botanist, pharmacist and plant collector. He studied at the gymnasium in Görlitz, became a pharmacist’s apprentice in 1863 and worked as such in several German cities.
His first collecting trip, in the years 1872–1876, was as helper to his brother Max, with whom he collected birds, mammals and plants in the Dobruja.
After further pharmaceutical studies in Breslau (now Wrocław) and another short stint as pharmacist, he spent the rest of his professional life as a plant collector.
Between the years 1880 and 1883 he collected on Rhodes, Cyprus, Northern Italy, and Istria.
Sintenis arrived in Puerto Rico in October 1884 and, supported by Leopold Krug, remained there until June 1887.
He subsequently collected in Turkey, Syria, Iraq, Turkmenistan, Iran, and Greece. Sintenis's herbarium was acquired by Lund University (Sweden), where it is still kept. The first set of his Puerto Rican collections was mostly destroyed at Dahlem (Berlin) during the Second World War, but duplicates survived in all major herbaria, primarily Kew, the British Museum, Harvard, New York Botanical Garden, and the National Museum of Natural History in Washington.
The plant taxa Iris sintenisii, Cistus sintenisii, Rhinanthus sintenisii, Psidium sintenisii,Marlierea sintenisii, Matelea sintenisii, Podonosma sintenisii and Ilex sintenisii are named in his honor. 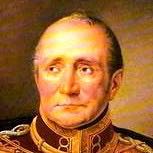