Paul Schäfer Schneider (4 December 1921 – 24 April 2010) was the founder and former leader of a sect and agricultural commune of German immigrants called Colonia Dignidad (Dignity Colony)—later renamed Villa Baviera—located in the south of Chile, about 340 km (210 miles) south of Santiago.

Schäfer was born in Bonn, Germany, and joined the Hitler Youth movement at a young age. He served as a medic in the Wehrmacht during World War II, where he reached the rank of Corporal. Following the war, he set up a children's home and Baptist ministry. In 1959, he created the Private Social Mission, purportedly a charitable organization. That same year, he was charged with sexually abusing two children and fled West Germany with some of his followers.

Schäfer followed the teachings of American preacher, William M. Branham, one of the founders of the post-World War II healing revival who was also an influence on Jim Jones. Branham advocated "a strict adherence to the Bible, a woman's duty to obey her husband and apocalyptic visions, such as Los Angeles sinking beneath the ocean."

Schäfer resurfaced in Chile in 1961, where the government at the time, led by conservative President Jorge Alessandri, granted him permission to create the Dignidad Beneficent Society on a farm outside of Parral. Founded primarily on Baptist principles and anti-communism, this society evolved into the Colonia Dignidad community.

Schäfer disappeared on 20 May 1997, fleeing child sex abuse charges, this time filed by Chilean authorities under Christian Democrat President Eduardo Frei Ruiz-Tagle after 26 children who went to the commune's free clinic and school reported abuse. He was tried in Chile in his absence and found guilty in late 2004. Schäfer was found on 10 March 2005, nearly eight years after his disappearance, hiding in a town known as Las Acacias, 40 km (25 miles) from Buenos Aires, Argentina. Following two days of negotiations between Chilean and Argentine authorities, Schäfer was sent back to Chile to face a court hearing. There, he was charged with being involved in the 1976 disappearance of the political activist Juan Maino, and he remained in custody until his death. Schäfer was also under investigation in Chile in connection with the disappearance of Russian mathematician Boris Weisfeiler and alleged human rights abuses. He was also wanted in Germany and France in connection with earlier child abuse allegations. Investigations by Amnesty International and the Chilean National Commission for Truth and Reconciliation Report have verified that Colonia Dignidad was used by DINA, the Chilean secret police, as a torture and detention center during Augusto Pinochet's military dictatorship.

On 24 May 2006, Schäfer was sentenced to 33 years in jail for sexually abusing 25 children and was ordered to pay 770 million pesos (approximately US$1.5 million) to 11 minors whose representatives had filed claims against Schäfer. Schäfer was found guilty of 20 counts of dishonest abuses and five counts of child rape, all committed between 1993 and 1997.

On 24 April 2010, Schäfer died at the Santiago de Chile's Ex-Penitentiary's Hospital due to a heart failure. He was 88 years old. It was later revealed that he was suffering from a severe cardiac illness.

The contents of this page are sourced from Wikipedia article on 08 Mar 2020. The contents are available under the CC BY-SA 4.0 license.
View Paul Schäfer 's image gallery
Image Gallery 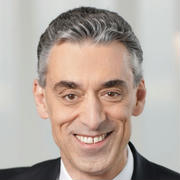 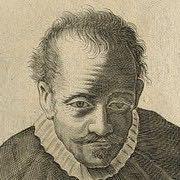 Alchemist, astrologer and magician of the German Renaissance