Paul Saladin Leonhardt (13 November 1877 – 14 December 1934) was a German chess master. He was born in Posen, Province of Posen, German Empire (now Poland), and died of a heart attack in Königsberg during a game of chess.

A player with a low profile and not many tournament wins, Leonhardt has been largely forgotten by the history books. However, at his best, he was able to defeat most of the elite players of the period. Tarrasch, Tartakower, Nimzowitsch, Maróczy and Réti all succumbed to his fierce attacking style between 1903 and 1920. He won several brilliancy prizes.

In major tournaments he was first at Hilversum 1903, Hamburg 1905, and Copenhagen 1907 (ahead of Maróczy and Schlechter), making him Nordic Champion; third, behind Rubinstein and Maróczy, at Carlsbad 1907; second, behind Milan Vidmar, at Gothenburg 1909 (7th Nordic-ch); second, behind Rudolf Spielmann, at Stockholm 1909; and second, behind Carl Ahues, at Duisburg (DSB Congress) 1929.

As an expert analyst of the openings, he wrote a monograph on the Ruy Lopez (Zur Spanische Partie – 1913). Opening variations have been attributed to him in the Lopez, Sicilian Defence, Ponziani Opening, Evans Gambit, and the Scandinavian Defense.

The contents of this page are sourced from Wikipedia article on 08 Mar 2020. The contents are available under the CC BY-SA 4.0 license.
View Paul Saladin Leonhardt 's image gallery
Image Gallery 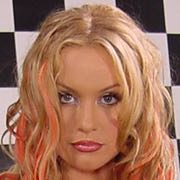