Paul Ross (born 31 December 1956) is a British television and radio presenter, journalist and media personality.
He is the son of Martha Ross and the elder brother of Jonathan Ross.

Ross was educated at Norlington School for Boys, and read English at the University of Kent. Realising he would not be able to follow the academic career he favoured, "an English lecturer at a polytechnic", he trained as a journalist at the University of Exeter and started his career with the Western Times in Exeter in 1982.

Ross became a researcher at London Weekend Television before becoming an editor for The Six O'Clock Show and The London Programme. He worked as the series editor on series 3 and 4 of Channel 4's magazine style programme The Word, and became executive producer for series 5.

His first job as a TV presenter was on the current affairs show Eyewitness, which ran for two years and saw him filming in Sicily, the United States, Brazil and Russia. He also fronted the police appeals show Crime Monthly for ITV.

His onscreen break came in 1993 with Channel 4's The Big Breakfast, on which Ross worked first as a reporter and then as a studio presenter. Celebrities Ross has interviewed include Mike Tyson, Sandra Bullock and Arnold Schwarzenegger.

In 1995, Ross was chosen as the presenter of the game show Jeopardy!, which had been recently taken over by Sky One. The year was one of Ross' busiest and he was seen presenting (as well as episodes of The Big Breakfast), the ITV series Big City and Good Sex Guide Aboard.

In April 1996, he presented a celebrity based television show called The Very Famous Paul Ross Show for The Family Channel, in which he interviewed performers Adam West, Lynne Perrie and Cannon and Ball. In September of the same year, he teamed up with Sarah Greene and the pair launched a Sky One afternoon chat show called 1 to 3, aimed primarily at women with a mix of movies, music, celebrities, topical information, lifestyle and entertainment.

In January 1997, Ross presented the first episode of All Over the Shop, his celebrity based panel game show based on consumer issues. The programme, broadcast on BBC1 proved popular, running for three series until July 1999, by which time 85 episodes had been made. A critic on Gameshow.com gave All Over the Shop positive remarks by saying: "For an early morning slot, this was quite a perky little show, a fact that must have been recognised due to its spin-off programmes." That same year Ross fronted Endurance UK, the UK's equivalent of the cult Japanese show Za Gaman for the Challenge TV channel, and it was commissioned for a second series the following year. Ross also found the time to present yet another game show, Tellystack for UK Gold. Tellystack was the third of four high-profile shows Ross would have to his name in 1997, the fourth was his late night entertainment programme The Paul Ross Show, broadcast on ITV, which again saw a second series transmitted in 1998.

In 1999, Ross was again playing quizmaster when he presented the game shows Mind The Gap, transmitted on ITV, Life's a Punt for LIVE TV, A Slice of the Action for Carlton Food Network, and the celebrity quiz It's Anybody's Guess, which was commissioned for 40 episodes in the Carlton London region.

In 2000, he presented a television game show for Living TV called Mystic Challenge.

In October 2001, Ross appeared as a guest on BBC Two's popular comedy panel show Never Mind the Buzzcocks. The following month he returned to his now familiar role as presenter with No Win, No Fee, a new game show for BBC One. The show would become one of Ross' biggest successes, it was broadcast from 29 October 2001 to 29 August 2003, with three series and 70 episodes made.

Since then, Ross has continued to work as a TV presenter on many shows, including Most Haunted Live! for Living TV and on the shopping channel Bid TV, where he was one of its original faces when it first launched in October 2000.

Ross appears regularly as a showbiz correspondent on This Morning, a role he still carries to this day. He also contributes regularly on The Alan Titchmarsh Show, and occasionally on the Channel 5 show Big Brother's Bit on the Side.

By the late 1990s, Ross had worked as a presenter for GLR, Virgin Radio and, later, Talk Radio.

Ross also presented a radio show for LBC but left in early 2008, to present the Breakfast Show on BBC London 94.9, initially with JoAnne Good till January 2010 when Jo was given her own late night show The Late Show with Joanne Good. From January 2010 Gaby Roslin co-presented with Ross till January 2013, when schedule changes took place and Penny Smith, former GMTV presenter was announced as his new co-presenter. Since Paul and Penny has been presenting BBC London 94.9 Breakfast show, its listenership, according to RAJAR have increased by 99,000. Occasionally he sits in for Robert Elms on the same station.

From 2008 to 2011 he also presented a show on Saturday mornings on BBC Sussex and BBC Surrey (formerly BBC Southern Counties Radio).

In addition to his Breakfast show with Penny Smith on BBC London 94.9, since late 2013 Paul has been presenting the Saturday mid morning show on BBC Radio Berkshire, 8am till 11am.

In November 2006, he caused controversy by announcing an upcoming EastEnders Christmas storyline on his LBC show, causing his mother, who told him the storyline, to be sacked from her job as an extra on EastEnders. Since then his mother Martha Ross has jokingly refused to speak to Paul unless, as she stated in a 2007 Radio Times interview, he presents her with some Ann Summers lingerie.

Ross was the first contestant to be eliminated on 2003's Comic Relief does Fame Academy after his singing failed to impress the public voters. In 2004, Ross presented a series of DVD programmes focusing on the news and fashions of the three decades before the 1990s. The first, 1960's Flashbacks was released on DVD on 16 August.

Ross appeared on a celebrity edition of Mastermind, choosing "The Life and Works of Ezra Pound" as his specialist subject.

He appeared in the film Bridget Jones's Diary as "Mr Sit-up Britain",.

He also lost two stone on ITV's Celebrity Fit Club, won the top prize on an episode of All Star Family Fortunes, which was donated to the Alzheimer's Society, and performed as Tommy Steele on Stars in Their Eyes.

Ross has been married twice and has five children and one grandchild. He has been with Jackie since 2000 and married to her since 2004. He lives near Tring in Hertfordshire.

Ross has always remained on good terms with his brother Jonathan; he admits he may not be as high-profile or sharp-suited as his sibling, but insists that they have never been rivals. In an interview with the Daily Record newspaper in 1996 he joked: "I'm a bighead and I was in telly before Jonathan – behind the cameras – and what I do is very different. "Unlike Jonathan's shows where people tune in specifically to see him, with me they tune in to see me host a show where the stars are whoever else is on it."

On 31 August 2014, Ross told The Sun on Sunday that he had developed an addiction to mephedrone over the previous year and had an affair with another man. His wife is standing by him. 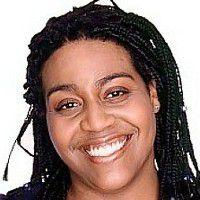 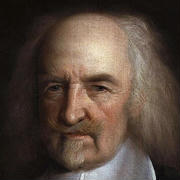 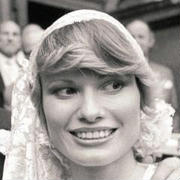 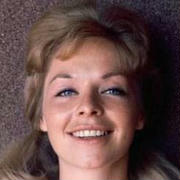 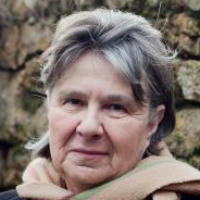 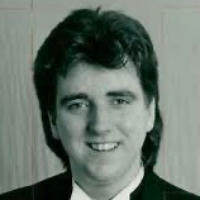