Paul Root Wolpe (born 26 February 1957, Charleston, South Carolina), is an American sociologist and bioethicist. He is the Asa Griggs Candler Professor of Bioethics, the Raymond F. Schinazi Distinguished Research Chair in Jewish Bioethics, a Professor in the Departments of Medicine, Pediatrics, and Sociology, and the Director of the Center for Ethics at Emory University in Atlanta, Georgia.
Wolpe serves as the first Chief of Bioethics for the National Aeronautics and Space Administration (NASA). He was Co-Editor of the American Journal of Bioethics (AJOB), and is Editor-In-Chief of AJOB Neuroscience, the official Journal of the International Neuroethics Society (INS). Wolpe is also a member of the Board of Directors Executive Committee of the INS.
Wolpe is a past President of the American Society for Bioethics and Humanities (ASBH), a Fellow of the College of Physicians of Philadelphia, a Fellow of the Hastings Center, and was the first National Bioethics Advisor to Planned Parenthood Federation of America.

Wolpe completed his undergraduate degree in the sociology and psychology of religion at the University of Pennsylvania. Wolpe earned an M.A., M.Phil., and Ph. D from Yale University. Wolpe moved to Emory University in the summer of 2008 from the University of Pennsylvania, where he was on the faculty for over 20 years in the Departments of Psychiatry, Sociology, and Medical Ethics. He was a Senior Fellow of Penn’s Center for Bioethics where he directed the Scattergood Program for the Applied Ethics of Behavioral Health and the Program in Psychiatry and Ethics at the School of Medicine.

Wolpe has written over 125 articles, editorials, and book chapters in sociology, medicine, and bioethics, and has contributed to a variety of encyclopedias on bioethical issues. His work focuses on the social, religious, and ideological impact of technology on the human condition. Considered one of the founders of the field of neuroethics, which examines the ethical implications of neuroscience, Wolpe also writes about other emerging technologies, such as genetic engineering, nanotechnology, and new reproductive technologies. His teaching and publications range across multiple fields of bioethics and sociology, including death and dying, genetics and eugenics, sexuality and gender, mental health and illness, alternative medicine, and bioethics in extreme environments such as space. He published the textbook Sexuality and Gender in Society, and was editor and a key author of the end-of-life guide Behoref Hayamim: In the Winter of Life.

Wolpe sits on a number of national and international non-profit organizational boards and working groups, and is a consultant to academic institutions and the biomedical industry. Wolpe has been chosen by The Teaching Company as a "Superstar Teacher of America" and his courses are distributed internationally on audio and videotape. Wolpe is a frequent contributor and commentator in both the broadcast and print media, and has been featured on Ted Talks and 60 Minutes. 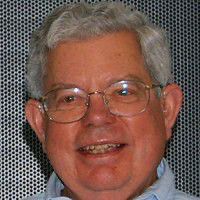