Paul Pressler is a partner at the New York- and London-based private equity firm Clayton, Dubilier & Rice. He has been president and CEO of Gap, Inc. and chairman of Walt Disney Parks and Resorts, and a director of Avon Products Inc., Overture Acquisition Corporation, OpenTable,

A New York native, Pressler received a bachelor's degree in business economics from the State University of New York in Oneonta, New York. He then worked as vice president of design and marketing for Kenner-Parker Toys; and then for 15 years with The Walt Disney Company, first as president of The Disney Store, president of the Disneyland, and senior vice president of Disney Licensing and then as chairman of the Parks and Resorts division.

Pressler was the president and CEO of Gap, Inc. from September 2002 to 22 January 2007. He also served on the company's Board of Directors.

Pressler joined the Disney Store as president in 1993.

In 1996, Pressler oversaw a major expansion, including the opening of the new California Adventure theme park, Disney's Grand Californian Hotel, the remodeling of an existing hotel, a new retail, dining and entertainment complex called Downtown Disney; and a new multi-story parking area. The new park and hotels opened in early 2001, and the entire complex was named the Disneyland Resort.

That same year, Pressler approved a $100 million change to Disneyland's Tomorrowland. This change included several new attractions and an updated 'Jules Verne' theme for the area.

During his tenure as president the theme parks saw record profits, and various changes were made to the theme park's merchandise and operations. California Adventure consistently under-performed corporate and public expectations. Pressler pushed through a period of record profits for the Disney theme park division. However, after the September 11 attacks in 2001 (shortly after California Adventure opened), tourism to the resort had dropped. 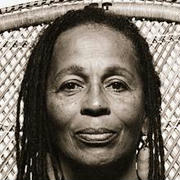