Paul Poirier (born November 6, 1991) is a Canadian ice dancer. With Piper Gilles, he is the 2014 Four Continents silver medalist and a four-time Canadian national medalist.

Paul Poirier was born November 6, 1991 in Ottawa, Ontario to Debra Mendes de Franca and Marc Poirier. He studied linguistics at the University of Toronto. His brother plays in the Ontario Hockey League.

Early in his career, Poirier also competed in single skating, and pair skating with Vanessa Crone. The duo began skating together in May 2001. They won the silver medal at the 2008 World Junior Championships.

Crone/Poirier won silver at 2008 Skate Canada, their first senior Grand Prix event, and placed fourth in their second event. The next season they claimed the bronze at 2009 NHK Trophy. At the 2010 Canadian Championships, they were nominated to represent Canada at the 2010 Winter Olympics. They finished 7th at the 2010 World Championships.

Crone/Poirier began the 2010–11 season by capturing gold at 2010 Skate Canada International ahead of Sinead Kerr and John Kerr who had a fall in the free dance. At 2010 Skate America, Poirier fell in the free dance but their score was enough for the silver behind Meryl Davis and Charlie White, both of whom fell, and ahead of Maia Shibutani and Alex Shibutani with no falls. Their results qualified them for the 2010–11 Grand Prix Final where they won the bronze medal. They finished 10th at the 2011 World Championships.

On June 2, 2011, Crone and Poirier announced the end of their ten-year partnership. He said he would search for a new partner to continue his competitive career and did not exclude looking internationally.

Poirier contacted American ice dancer Piper Gilles to arrange a tryout. On July 27, 2011, Gilles and Poirier confirmed they had teamed up to represent Canada. They could not compete internationally in their first season due to Gilles needing a release from U.S. Figure Skating. They are coached by Carol Lane at the Scarboro Figure Skating Club at the Ice Galaxy in Toronto, Ontario. Their free dance was choreographed by Christopher Dean in Colorado Springs, Colorado in early June. Gilles/Poirier won the bronze medal at the 2012 Canadian Championships.

In the 2012–13 season, Gilles and Poirier won the U.S. Classic. They received two Grand Prix assignments, 2012 Skate Canada International and 2012 Trophée Éric Bompard. They finished 4th and 6th at the two events and then won the silver medal at the 2013 Canadian Championships. They were 5th at the 2013 Four Continents and 18th at the 2013 World Figure Skating Championships.

In May 2013, Poirier suffered a serious ankle injury, delaying the duo's preparation for the upcoming season. Their assigned events for the 2013-14 Grand Prix season were the NHK Trophy, where they finished fifth, and the Rostelecom Cup, where they placed sixth. Gilles became a Canadian citizen during the 2013-14 season, making Gilles and Poirier eligible to participate in the Olympics. However they finished 4th at the 2014 Canadian Championships and were not selected for the Canadian Olympic team.

Gilles and Poirier opened their 2015-16 season with a win at the 2015 Ondrej Nepela Trophy. 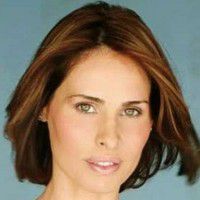