Paul A. Offit (born 27 March 1951) is an American pediatrician specializing in infectious diseases and an expert on vaccines, immunology, and virology. He is the co-inventor of a rotavirus vaccine that has been credited with saving hundreds to thousands of lives every day. Offit is the Maurice R. Hilleman Professor of Vaccinology, Professor of Pediatrics at the Perelman School of Medicine at the University of Pennsylvania, Chief of the Division of Infectious Diseases, and the Director of the Vaccine Education Center at The Children's Hospital of Philadelphia. He has been a member of the Centers for Disease Control (CDC) Advisory Committee on Immunization Practices. Offit is a Board Member of Every Child By Two and a Founding Board Member of the Autism Science Foundation (ASF).

Offit has published more than 130 papers in medical and scientific journals in the areas of rotavirus-specific immune responses and vaccine safety, and is the author or co-author of books on vaccines, vaccination, and antibiotics. He is one of the most public faces of the scientific consensus that vaccines have no association with autism. As a result, he has attracted controversy, and both a substantial volume of hate mail and occasional death threats, as well as support for his position.

Offit grew up in Baltimore, the son of a shirtmaker. He went to his father's sales meetings and reacted negatively to the tall tales told by salespeople, instead preferring the clean and straightforward practice of science. When he was five years old, he was sent to a polio ward to recover from clubfoot surgery; this experience caused him to see children as vulnerable and helpless, and motivated him through the 25 years of the development of the rotavirus vaccine.

Offit decided to become a doctor, the first in his family. Offit earned his bachelor's degree from Tufts University and his M.D. from the University of Maryland, Baltimore. One of his mentors at the Children's Hospital of Philadelphia was Maurice Hilleman, who developed several of the major vaccines in use today.

By 2008 Offit had become a leading advocate of childhood immunizations. He was opposed by vaccine critics, many of whom believe vaccines cause autism, a belief not supported by scientific data. He received a death threat and received protection by an armed guard during meetings at the CDC. His 2008 book Autism's False Prophets catalyzed a backlash against the antivaccine movement in the U.S. He donated the royalties from the book to the Center for Autism Research at Children's Hospital of Philadelphia. Offit serves on the board of the American Council on Science and Health. In 2015, Dr. Offit appeared in a vaccine awareness video created by Robert Till, and addressed the world on the importance of teenage vaccinations. Paul Offit (right) along with H. Fred Clark. Clark and Offit are two of the three inventors of the rotavirus vaccine RotaTeq, which is credited with saving hundreds of lives a day.

Offit worked for 25 years on the development of a safe and effective vaccine against rotavirus, which is a cause of diarrhea, and which kills almost 600,000 children a year worldwide, about half as many as malaria kills; most deaths are outside the West. His interest in the disease stemmed from the death of a 9-month-old infant from rotavirus-caused dehydration while under his care as a pediatric resident in 1979.

Along with his colleagues Fred Clark and Stanley Plotkin, Offit invented RotaTeq, a pentavalent rotavirus vaccine manufactured by Merck & Co. RotaTeq is one of two vaccines currently used against rotavirus.

In February 2006, RotaTeq was approved for inclusion in the recommended U.S. vaccination schedule, following its approval by the Food and Drug Administration. Premarketing studies found that RotaTeq was effective and safe, with an incidence of adverse events comparable to placebo. RotaTeq has been credited (by Peter Hotez) with saving hundreds of lives a day. Offit received an unspecified sum of money for his interest in RotaTeq. Offit was elected a fellow of the Committee for Skeptical Inquiry, in 2015.

In 2002, during a period of fears about bioterrorism, Offit was the only member of the CDC's advisory panel to vote against a program to give smallpox vaccine to tens of thousands of Americans. He later argued on 60 Minutes II and The NewsHour with Jim Lehrer that the risk of harm for people getting the vaccine outweighed the risk of getting smallpox in the U.S. at the time.

In December 2013, Sarah Erush and Offit declared the Children's Hospital of Philadelphia has a moratorium on the use of dietary supplements without certain manufacturers' guarantee for quality.

Offit and other leaders at the Children's Hospital are leading the effort to expose a 22-billion-dollar industry and challenge the use of non-regulated drugs. This decision is well supported by studies of Myocardial Infarction and also Cognitive Function in Men

Alternative medicine is defined as quackery by Offit when it involves unappreciated harm and replacement of conventional therapies that work, with alternative therapies that don't. His books and articles warn against expense and risk to health for recipients of alternative therapies. In 2013 Offit wrote the book Do you believe in Magic? - The Sense and Nonsense of Alternative Medicine. Offit states that the purpose of the book " is to take a critical look at the field of Alternative Medicine - to separate fact from myth." and that "There's only medicine that works and medicine that doesn't." (p. 6) One of Offit's concerns is that proponents of Alternative Medicine will often use scare tactics and in a 2010 podcast with the Point of Inquiry Offit stated "it is very difficult to unscare people when you scare them."

His review of protection for the sale of supplements in America has resulted in calls for reform. The "1994 Health and Education act should be overturned" to provide for proper oversight and action against supplement providers.

Offit lecture on "Opioids" at CSICon 2016

Offit is a recipient of numerous awards, including the J. Edmund Bradley Prize for Excellence in Pediatrics from the University of Maryland Medical School, the Young Investigator Award in Vaccine Development from the Infectious Diseases Society of America, the 2013 Maxwell Finland Award for Scientific Achievement and a Research Career Development Award from the National Institutes of Health.

In 2011 Offit was honored by the Biotechnology Industry Organization with the 2011 Biotech Humanitarian Award. Offit donated the award’s $10,000 prize to the Vaccine Education Center at The Children’s Hospital of Philadelphia. Also in 2011, Offit was elected to the Institute of Medicine at the group's annual meeting. In 2013 Offit was presented with the Robert B. Balles Prize in Critical Thinking by the Committee for Skeptical Inquiry (CSICOP) for Do You Believe in Magic? The Sense and Nonsense of Alternative Medicine. "Offit is a literal lifesaver... educates the public about the dangers of alternative medicine, may save many, many more."

Michael Specter wrote that Offit "has become a figure of hatred to the many vaccine denialists and conspiracy theorists." Specter reported that Offit had often been threatened with violence by anti-vaccine advocates, necessitating precautions such as screening Offit's packages for mail bombs and providing guards when Offit attends federal health advisory committee meetings. At a 2008 vaccine activism rally in Washington, D.C., environmental lawyer Robert F. Kennedy, Jr. criticized Offit's ties to drug companies, calling him a "poster child for the term 'biostitute'." Curt Linderman Sr., the editor of the Autism File blog, wrote online that it would "be nice" if Offit "was dead".

Such vilification has provoked statements in Offit's defense. Peter Hotez, a professor and vaccine researcher at George Washington University, has been quoted in a Newsweek article:

Offit has written or co-written several books on vaccines, vaccination and the public, and antibiotics, as well as dozens of scholarly articles on the topic. Isabelle Rapin, a neurology professor at the Albert Einstein College of Medicine, wrote in Neurology Today about Autism's False Prophets:

In "The Cutter Incident", Offit describes fallout relating to an early poliovirus vaccine tragedy that had the effect of deterring production of already licensed vaccines and discouraging the development of new ones. Vaccine exemptions allowed for faith-based reasons are opposed by Offit, who advocates for the repeal of religious exceptions on the grounds that they amount to medical neglect. 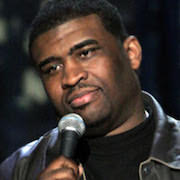 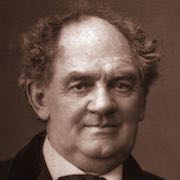 American-born classical harpist, both recording and live-performing; chair of the harp department at Indiana University-Bloomington