Pavel Pavlovich Muratov (Russian: Па́вел Па́влович Мура́тов), also known as Paul Muratov or Paul Muratoff (3 March [O.S. 19 February] 1881 - February 5, 1950), was a Russian essayist, novelist, art historian, critic and playwright.
Born in Bobrov in the Voronezh Oblast into the family of a military doctor, Muratov attended a Cadet Corps and graduated from the Petersburg State Transport University in 1903. He traveled abroad in 1905-06, after which he moved to Moscow and worked at the Rumyantsev Museum until 1914. He became friends with the writers Boris Zaytsev, Vladislav Khodasevich, and Nina Berberova (who called him "one of the most remarkable men I ever met"), as well as the artist Nikolai Ulyanov. From 1906 he began to publish in journals like Vesy, Zolotoe Runo, and Apollon. He collaborated with Igor Grabar on the latter's History of Russian Art, and in 1913-14 he helped publish the journal Sofia, dedicated to early Russian art.
He was a volunteer with the Field Artillery in the Russo-Japanese War. In the First World War he rejoined the artillery, and in 1914-15 was second in command of a field battery. Later he was on air defence and staff work with the Black Sea Fleet HQ at Sevastopol.
After 1918 he helped Grabar restore cathedrals and was associated with the only bookshop in Moscow which remained unregulated by the state - the Writer's Library. Having been banished in 1922, he spent the 1920s in Berlin, where he became part of the émigré community. By the 1930s he had moved to Paris - during the late 1920s and early 1930s he brought out several books in French, including ones on Fra Angelico and Russian icons, as well as a novel in Russian, Egeria (1922). During World War II he was in Ireland, working as a military journalist ; he wrote account of the Russian campaigns for Penguin Books (1953, with W. E. D. Allen).
Clive James has called Muratov an example of "just how brilliant somebody can be and still be a forgotten man," and called his book Obrazy italii (Images of Italy) (in three volumes, published in 1911, 1912, and 1924) "one of the most dazzling books of its type ever written. As a book on the Italian Grand Tour it not only stands directly in the tradition of Goethe, Gregorovius, Burckhardt and Arthur Symons, but it is better than any of them." 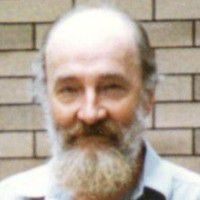