Leni was born to a Jewish family in Stuttgart. He became an avant-garde painter at the age of 15, he studied at Berlin's Academy of Fine Arts, and subsequently worked as a theatrical set designer, working for a number of theatres in Berlin (but not with Max Reinhardt).

In 1913 he started working in the German film industry designing film sets and/or costumes for directors such as Joe May, Ernst Lubitsch, Richard Oswald, and E. A. Dupont.

During World War I, Leni started directing as well with films such as Der Feldarzt (Das Tagebuch des Dr. Hart, 1917), Patience (1920), Die Verschwörung zu Genua (1920/21) and Backstairs (1921). Waxworks (1924) was planned as a four-part omnibus feature, but the last part was not shot when money ran out. He also made a series of unusual short animated films Rebus-Film Nr. 1 - 8, which were filmed crossword puzzles.

In 1927, he accepted Carl Laemmle's invitation to become a director at Universal Studios and moved to Hollywood. There Leni made a distinguished directorial debut with The Cat and the Canary (1927), an adaptation of John Willard's stage play. The film had a great influence over Universal's later classic "haunted house" horror series, and was subsequently remade several times, notably in 1939 with Bob Hope. The following year he directed the big budget The Man Who Laughs (based on the novel by Victor Hugo), one of the most visually stylized of late period silent films.

His final film was The Last Warning, envisioned as a companion film for The Cat and the Canary due to its predecessor's popularity. Leni died in Los Angeles on 2 September 1929, of sepsis brought on by an untreated tooth infection, only eight months after its release. He was 44.

As director (and art director) 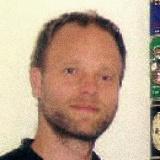 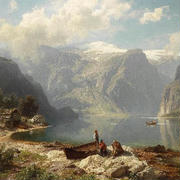