Paul Laux (11 November 1887 – 2 September 1944) was a German general in the Wehrmacht during World War II who commanded the 16th Army. He was a recipient of the Knight's Cross of the Iron Cross with Oak Leaves of Nazi Germany.

Laux took command of the 10th Division in Passau. On 18 March some of these troops reached Vienna. In March 1939, when National Socialists and the 85th Infantry Regiment commemorated fallen heroes on the Passau Cathedral Square, Laux praised Adolf Hitler. Next, his men invaded Bohemia. On 13 April Laux commemorated the annexation of Austria in Passau.

As commanding officer of the 126th Infantry Division, Laux took part in Operation Barbarossa, the invasion of the Soviet Union. On 29 August 1944 Paul Laux crashed during a reconnaissance flight. He died of his injuries on 2 September 1944.

The contents of this page are sourced from Wikipedia article on 09 Mar 2020. The contents are available under the CC BY-SA 4.0 license.
View Paul Laux 's image gallery
Image Gallery 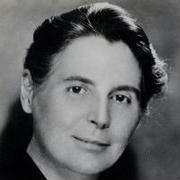