Paul Kirchhoff (17 August 1900, Halle, Province of Westphalia – 9 December 1972) was a German-Mexican anthropologist, most noted for his seminal work in defining and elaborating the culture area of Mesoamerica, a term he coined.

Paul Kirchhoff was born in the German locality of Hörste, in the region of Westphalia. He commenced his undergraduate studies in Protestant theology and comparative religion at the University of Berlin, moving later to Albert Ludwigs University of Freiburg. In the mid-1920s he undertook further studies at the University of Leipzig in ethnology and psychology, where he first developed his abiding interest in the indigenous cultures of the Americas. completing his studies in 1927.

He was the co-founder of Mexico's National School of Anthropology and History in 1938, and held a research position at the National Autonomous University of Mexico.

Kirchhoff was instrumental in defining the concept of Mesoamerica, a cultural region sharing a number of common characteristics throughout most of pre-Columbian history, geographically defined as central and southern Mexico and northern Central America.

Also, Kirchhoff was a left communist who was a militant of a group called the Grupo de Trabajadores in Mexico. Kirchoff had formerly been a member of the Communist Workers Party of Germany (KAPD) and then formed an opposition tendency within the Revolutionary Workers League (Oehlerite) in the USA. 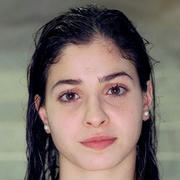 Syrian born refugee who was an Olympic swimmer

CEO of the National Bank of Public Works and Services 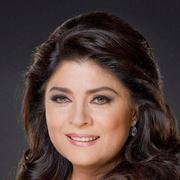