Paul Michael Kennedy CBE FBA was born on 17 June 1945 in Wallsend, near Newcastle upon Tyne, and is a British historian at Yale University specialising in the history of international relations, economic power and grand strategy. He has published prominent books on the history of British foreign policy and Great Power struggles. He emphasises the changing economic power base that undergirds military and naval strength, noting how declining economic power leads to reduced military and diplomatic weight.

Kennedy was born in Wallsend, Northumberland, and attended St. Cuthbert's Grammar School in Newcastle upon Tyne. Subsequently, he graduated with first-class honours in history from Newcastle University and obtained his doctorate from St. Antony's College, Oxford, under the supervision of A. J. P. Taylor and John Andrew Gallagher. He was a member of the History Department at the University of East Anglia between 1970 and 1983. He is a Fellow of the Royal Historical Society, a former Visiting Fellow of the Institute for Advanced Study in Princeton, New Jersey, and of the Alexander von Humboldt Foundation in Germany. In 2007-8, Kennedy was the Phillipe Roman Professor of History and International Affairs at the London School of Economics.

In 1983 he was named the J. Richardson Dilworth professor of British History at Yale. He is now also the Director of International Security Studies and along with John Lewis Gaddis and Charles Hill, teaches the Studies in Grand Strategy course there. In 2012, Professor Kennedy began teaching a new Yale course, "Military History of the West Since 1500," elaborating on his presentation of military history as inextricably intertwined with economic power and technological progress.

His most famous book, The Rise and Fall of the Great Powers, has been translated into 23 languages and assesses the interaction between economics and strategy over the past five centuries. The book was very well received by fellow historians, with A. J. P. Taylor labelling it "an encyclopaedia in itself" and Sir Michael Howard crediting it as "a deeply humane book in the very best sense of the word."

In his 2006 book The Parliament of Man, Kennedy contemplates the past and future of the United Nations.

He is on the editorial board of numerous scholarly journals and writes for The New York Times, The Atlantic, and many foreign-language newspapers and magazines. His monthly column on current global issues is distributed worldwide by the Los Angeles Times Syndicate/Tribune Media Services.

In 2010 he delivered the first Lucy Houston Lecture in Cambridge on the subject "Innovation and Industrial Regeneration."

He was made a Commander of the Order of the British Empire in 2001 and elected a Fellow of the British Academy in 2003. The National Maritime Museum awarded him its Caird Medal in 2005 for his contributions to naval history. Kennedy was named the US Naval War College's Hattendorf Prize Laureate for 2014.

In The Rise and Fall of the Great Powers (1987), Kennedy argues that economic strength and military power have been highly correlated in the rise and fall of major nations since 1500. He shows that expanding strategic commitments lead to increases in military expenditures that eventually overburden a country's economic base, and cause its long-term decline. His book reached a wide audience of policy makers when it suggested that the United States and the Soviet Union were presently experiencing the same historical dynamics that previously affected Spain, the Netherlands, France, Great Britain, and Germany, and that the United States must come to grips with its own "imperial overstretch".

However, the Cold War ended two years after Kennedy's book appeared, validating his thesis regarding the Soviet Union, but leaving the United States as the sole superpower and, apparently, at the peak of its economy. Nau (2001) contends that Kennedy's "realist" model of international politics underestimates the power of national, domestic identities or the possibility of the ending of the Cold War and the growing convergence of democracy and markets resulting from the democratic peace that followed.

In explaining why neutral Britain went to war with Germany, Kennedy (1980) recognised it was critical for war that Germany become economically more powerful than Britain, but he downplays the disputes over economic trade imperialism, the Baghdad Railway, confrontations in Eastern Europe, high-charged political rhetoric and domestic pressure-groups. Germany's reliance time and again on sheer power, while Britain increasingly appealed to moral sensibilities, played a role, especially in seeing the invasion of Belgium as a necessary military tactic or a profound moral crime. The German invasion of neutral Belgium was not important because the British decision had already been made and the British were more concerned with the fate of France (pp. 457–62). Kennedy argues that by far the main reason was London's fear that a repeat of 1870, when Prussia and the German states smashed France, would mean that Germany, with a powerful army and navy, would control the English Channel and northwest France. British policy-makers insisted that that would be a catastrophe for British security. 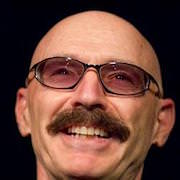 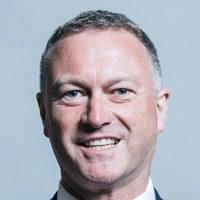