Born in Orlando, Florida, his father gave him up to live in foster homes and reformatories after he was convicted of a petty crime. Knowles himself was first incarcerated at the age of 19, and in the years following, he spent more time in prison. In early 1974, Knowles was serving time at Raiford Prison in Florida (now known as Florida State Prison) when he began corresponding with a divorcee in San Francisco named Angela Covic, who made a trip to the prison to visit Knowles.

Upon her arrival, Knowles proposed to Covic. After she accepted his proposal, she became instrumental in getting Knowles released from prison by paying for his legal counsel. Upon his release, Knowles flew directly to California to be with her. After a psychic warned her of the entry of a new dangerous man in her life, Covic ended the relationship and called off the wedding.

Although this has never been verified, Knowles claimed to have murdered three people on the streets of San Francisco the night that Covic broke off their relationship. Devastated by the rejection, Knowles returned to Jacksonville, Florida. He was soon arrested after stabbing a bartender during a fight, but he picked a lock in his detention cell and escaped on July 26, 1974.

Knowles' cross-country murder spree began in Jacksonville on the night of his escape. He broke into the home of 65-year-old Alice Curtis, bound and gagged her, ransacked her home for money and valuables, then stole her car. Curtis choked to death on her gag.

On the street where he intended to abandon the car, Knowles recognized family acquaintances Lillian and Mylette Anderson. Lillian was eleven years old and her sister Mylette was seven. In fear that they would identify him, he kidnapped them both, strangled them, and buried their bodies in a nearby swamp.

Knowles claimed that, soon after this, he murdered a teenaged girl who was walking home, but at the time of this confession he did not identify her to police. On December 21, 2011, the Georgia Bureau of Investigation identified her as 13-year-old Ima Jean Sanders, who had run away from Beaumont, Texas in July 1974 to be with her mother in Warner Robins, Georgia and then disappeared on August 1, 1974.

On August 2, 1974, the day after the Anderson sisters disappeared, Knowles met Marjorie Howie, 49, in Atlantic Beach, Florida. She either invited him or was forced by him to go to her apartment, where he strangled her with a nylon stocking and stole her television set.

On August 23, 1974, Knowles showed up in Musella, Georgia, and forced his way into the home of Kathie Sue Pierce, who was there with her three-year-old son. Knowles strangled Pierce, but left her child physically unharmed.

On September 3, 1974, Knowles entered Scott's Inn, a roadside pub near Lima, Ohio and met William Bates, a 32-year-old account executive for Ohio Power Company. The bartender, who knew Bates, recalled that Bates and a young redheaded man had several drinks that evening and left together. Bates' wife then reported him missing, and the police realized that his car was missing as well. Near the bar, police found an abandoned car that was subsequently traced back to Alice Curtis. In October, Bates' nude body was found. He had been strangled and dumped in the woods.

Now driving Bates' car, he moved on to a campground in Ely, Nevada, where, on September 18, 1974, he bound and shot two elderly campers, Emmett and Lois Johnson. Because it was a seemingly random murder, there were no leads until Knowles later confessed to the crime, although he did use their credit cards for a short period to pay his expenses.

On September 21, 1974, Knowles' killing spree continued, this time in Seguin, Texas. There, he came upon stranded motorcyclist Charlynn Hicks, whom he abducted and raped before strangling her with her own pantyhose and dragging her body through a barbed-wire fence. Her body was found four days later.

Traveling then to Birmingham, Alabama, Knowles met beautician Ann Dawson on September 23, 1974. It is unclear as to whether he abducted her or if she traveled with him willingly, but she paid the bills while they traveled together until he killed her on September 29, 1974. Knowles claims to have dumped her body into the Mississippi River, but it was never recovered.

Knowles arrived in Marlborough, Connecticut in the middle of October, 1974, where he continued his vicious killing spree. He entered the home of Karen Wine and her 16-year-old daughter Dawn on October 16, where he bound and raped them, before killing them with a nylon stocking. The only thing found missing from their home was a tape recorder.

By October 18, Knowles had made his way to Woodford, Virginia, where he broke into the home of 53-year-old Doris Hosey and shot her to death with her husband's rifle, then wiped his prints from the gun and placed it beside her body. Afterward, police would find no signs of robbery to offer them a motive in the case.

Still driving William Bates' stolen car, Knowles picked up two hitchhikers in Key West, Florida with the intention of killing them both, but his plan went awry when a policeman stopped him for a traffic violation. Unaware of who he was dealing with, the officer let Knowles go with a warning. Shaken by the experience, Knowles had mercy on his victims and dropped them off in Miami, Florida and contacted his lawyer shortly thereafter. He rejected his lawyer's suggestion of surrender, but arranged a meeting with him that lasted only long enough to hand over a taped confession. He slipped out of town before police were informed of his presence.

On November 6, in Milledgeville, Georgia, Knowles befriended Carswell Carr and was invited back to Carr's house to spend the night. Over drinks, he stabbed Carr to death and then strangled Carr's 15-year-old daughter. After murdering the girl, Knowles attempted to engage in necrophilia with her corpse. In the wake of his flight from Macon, Knowles was suspected in the November 2nd murder of hitchhiker Edward Hilliard, found in some nearby woods, and his companion Debbie Griffin, whose body has never been recovered.

While bar-hopping in Atlanta on November 8, Knowles met British journalist Sandy Fawkes, impressing her with his looks which were a "cross between Robert Redford and Ryan O'Neal". They spent the night together, but, he was repeatedly unable to perform when they attempted to have sex over the next few days, suggesting impotence with a willing companion. They parted ways on November 10, but the next day Knowles picked up an acquaintance of Fawkes, Susan Mackenzie, and demanded sex from her at gunpoint. She escaped and notified police, but when patrolmen tried to stop him, Knowles brandished a sawed-off shotgun and made his escape.

Days later, in West Palm Beach, Florida, he invaded the home of invalid Beverly Mabee, where he abducted her sister and stole their car. From there, he traveled to Fort Pierce, Florida, arriving the following night. He dropped off his hostage without harm or incident.

On the morning of November 16, Florida Highway Patrol Trooper Charles Eugene Campbell recognized the stolen car near Perry, Florida and attempted to make an arrest, but after he was pulled over, Knowles was able to wrestle the officer's pistol away from him. Taking Campbell hostage, he drove away in his patrol car, later using its siren to stop motorist James Meyer in order to ditch the Highway Patrol vehicle and continue in a less conspicuous automobile.

Now burdened with two prisoners, Knowles took the two men into a remote, wooded area in Pulaski County, Georgia and handcuffed them to a tree before shooting each of them in the head at close range. Shortly thereafter, Knowles attempted to crash through a police roadblock in Henry County, Georgia, but he lost control of the vehicle and hit a tree. He escaped the vehicle on foot and fired shots at the pursuing officers. Knowles was shot in the foot during his escape. A chaotic footrace ensued, with Knowles pursued by dogs, law enforcement officers from several agencies, and helicopters.

Knowles was finally cornered on November 17 by 27-year-old former Vietnam War Veteran and hospital maintenance worker David Clark, an armed civilian with a shotgun several miles (kilometers) from the focused area of the search, who escorted Knowles to Joe and Becky Stonecypher's nearby house where Becky Stonecypher made a phone call to the police. Knowles was outside of the perimeter established for the manhunt and would have escaped if not for the actions of the local citizens.

Once in custody, Knowles claimed to be responsible for 35 murders, but only 20 were ever corroborated.

On December 18, 1974, Sheriff Earl Lee and Agent Ronnie Angel from the Georgia Bureau of Investigation were travelling down Interstate 20 with Knowles, who was handcuffed in the back seat. Their destination was Henry County, Georgia, where Knowles had, per a Georgia GBI press release, admitted to dumping a handgun he had taken from Florida State Trooper Charles Eugene Campbell, after killing him with it.

The GBI reported, "Knowles grabbed Lee's handgun, discharging it through the holster in the process and while Lee was struggling with Knowles and attempting to keep control of the vehicle, Angel fired three shots into Knowles' chest, killing him instantly".

The contents of this page are sourced from Wikipedia article on 02 May 2020. The contents are available under the CC BY-SA 4.0 license.
View Paul John Knowles 's image gallery
Image Gallery 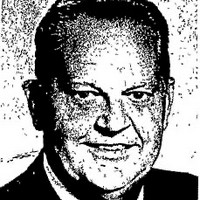