Paul Bryan Janeczko (July 27, 1945 in Passaic, New Jersey) is an American poet and anthologist. He has published 40 books in the last 30 years, including poetry compilations, non-fiction guides for young writers, and books for teachers.

Paul Bryan Janeczko was born on July 27, 1945 in Passaic, New Jersey. He is the son of Frank John and Verna (Smolak) Janeczko. Janeczko was not much of a student when he was young. In fact, he didn’t like school at all. It wasn’t until he was a student at St. Francis College in Maine that he realized what he had missed out on. To quote Janeczko, “That’s when it dawned on me that it was time for me to start learning.”

Upon graduating college, Janeczko attended graduate school at John Carroll University in Ohio and then began teaching. He taught high school English for 22 years in Ohio, Massachusetts, and Maine. In 1990, Janeczko decided to leave the classroom in order to focus on two things: poetry and his newborn daughter, Emma.

Currently, Janeczko lives in western Maine with his wife and daughter. He visits schools in the United States and Europe, providing workshops for both teachers and students. When he is not traveling, he continues to write books. In fact, his newest work comes out in September 2008. He and author J. Patrick Lewis collaborated on Birds on a Wire, which is written in the form of a renga (a form of Japanese collaborative poetry).

Loads of Codes and Secret Ciphers (1988)
Favorite Poetry Lessons [with Judy Lynch] (1998)
Teaching 10 Fabulous Forms of Poetry [with Judy Lynch] (2000)
How to Write Poetry (2001)
Writing Funny Bone Poems (2001)
Seeing the Blue Between: Advice and Inspiration for Young Poets (2002)
Good for a Laugh: A Guide to Writing Amusing, Clever, and Downright Funny Poems (2003)
Writing Winning Reports and Essays (2003)
Opening a Door: Reading Poetry in the Middle School Classroom (2003)
Top Secret: A Handbook of Codes, Ciphers, and Secret Writing (2004)
How to Write Haiku and Other Short Poems (2004)
Rhyming Dictionary [with Sun Young] (2006) 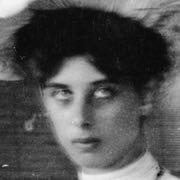