Paul John Firmino Lusaka (10 January 1935 – 1996) was a Zambian politician and diplomat who became President of the United Nations General Assembly in 1984.

Lusaka was born in Moomba Village near Lusaka on 10 January 1935. He attended Roma University College in Lesotho where he obtained a degree in history and geography in 1959. The following year he was on an exchange programme that took him to the University of Minnesota funded by the Ford Foundation.

His 1963 Master's Degree in Political Geography was from McGill University in Montreal, Canada, and he was also trained in diplomacy by the Canadian United Nations contingent. In 1964 he was at the Zambian High Commission in London where he rose to the position of Deputy High Commissioner in 1965, which he held until 1968.

From 1968 he served as the Zambian Ambassador to Romania, Yugoslavia and Russia, until he left Russia to become a permanent Representative at the U.N. in 1972 as well as a number of other diplomatic positions.

Between 1973 and 1978 he was a Member of Parliament in Zambia, where he held a number of ministerial positions.

In 1985 the New York Times recorded that after a meeting with ten former U.N. Presidents he said,

There was no south, there was no north, no east and no west—just the 11 apostles.

Lusaka was married and had four children. 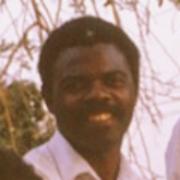