Paul Hunt is a gymnastics coach and gymnastics clown. Hunt was born in Illinois, and now lives in Murray, Utah. He runs Hunt's Gymnastics Academy (a.k.a. Hunt's Gym) in Salt Lake City. Hunt has performed comedic performances of women's gymnastics routines, including the uneven bars, floor exercises, and the balance beam since 1980. He has performed on US and international television, including Wide World of Sports and America's Funniest Videos.

Hunt has been coaching gymnastics in Utah since 1974. While demonstrating a backflip for a female student, he realized the comic value of a man performing women's gymnastics. He performs his complex routines during gymnastics competitions for comic relief, wearing a skirted leotard and often calling himself Paulina Huntesque, Pauletta Huntenova, Paulette Huntinova or some similar variation. Often he would sport his thick mustache. 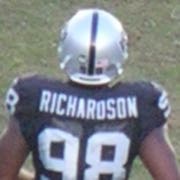