Paul Haslinger (born 11 December 1962) is an Austrian musician and composer. He lives and works in Los Angeles, California.

Haslinger was born and raised in Linz, Austria. He attended high school at Kollegium Aloisianum, a Jesuit school near Linz. After graduating, he decided to pursue music professionally and studied at both the Vienna’s Academy of Music and the University of Vienna. During this time he developed a career as a session player in Vienna and performed with local bands and artists.

In 1985, Haslinger joined the German electronic music group Tangerine Dream. During his 5 years with the group, he recorded a total of 15 albums, participated in 4 international tours, and collaborated on a number of soundtracks including Miracle Mile, Near Dark, Shy People and Miramar’s Canyon Dreams directed by Jan Nickman. The soundtrack for Canyon Dreams earned Haslinger his first Grammy nomination in 1991.

In 1991, Haslinger left Tangerine Dream and relocated to Los Angeles. At the time, he was signed to Private Music. While under contract, he worked on a joint project with Peter Baumann, called Blue Room (unreleased). In 1994 Haslinger released his first solo record, Future Primitive (Wildcat), followed by World Without Rules (1996, RGB) and Score (1999, RGB).

Through the 1990s, Haslinger collaborated on a number of projects with a variety of artists, among them: French Electronic band Lightwave, dark-ambient icon Brian Williams, aka Lustmord, singers Anna Homler & Nona Hendryx, as well as Jon Hassell. In 1998, Haslinger was asked to join the team around film composer Graeme Revell. He worked as a music programmer and arranger on films such as Chinese Box (1999), The Negotiator (1998), The Siege (1998), Pitch Black (2000), Blow (2001), and Lara Croft: Tomb Raider (2001). Haslinger has always favored a collaborative approach to film scoring, and has worked with many studio musicians and performers, such as Steve Tavaglione, George Doering, Greg Ellis, Diego Stocco, Charlie Campagna. In recent years he also started returning to some of his earlier work in experimental music, collaborating with Christian Fennesz and other artists related to British Avantgarde label Touch.

Haslinger’s first solo feature film credit came with Crazy/Beautiful, his second collaboration with director John Stockwell. They continued to work together on projects including Blue Crush, Into the Blue, Turistas, and In The Blood. Haslinger has provided scores to several indie and studio features including The Girl Next Door, Crank, Turistas, Shoot 'Em Up, Death Race, Takers, The Three Musketeers, and Mysteries of the Unseen World, among others.

In 2003, Haslinger scored his first film to open at number 1 at the U.S. box office, Underworld, directed by Len Wiseman. He returned to the popular franchise, scoring both Underworld: Rise of the Lycans and Underworld: Awakening. Haslinger’s most popular track "Eternity and a Day" has been used repeatedly throughout the franchise and the score to Underworld: Awakening received a 2012 BMI Film Music Award. Haslinger composed the music for Resident Evil: The Final Chapter, directed by Paul W.S. Anderson and in theaters in 2017. A Resident Evil Soundtrack will be released in conjunction with the film.

Haslinger's first solo composer credit came in 2000 with the HBO Films television movie, Cheaters, which began his relationship with director John Stockwell. Taking a break from film scoring, he returned to television from 2005-2006 to score Showtime's Golden Globe-nominated series Sleeper Cell which resulted in Haslinger's first Primetime Emmy nomination for Outstanding Music Composition for a Miniseries, Movie, or a Special. In 2014, Haslinger was hired to score the AMC series Halt and Catch Fire. The show is set in the 1980s and has received much critical acclaim for its use of period-specific music. A Halt and Catch Fire soundtrack was released by Lakeshore Records in 2016. Expanding his work with AMC, in 2015 Haslinger was asked to write the music for AMC's spin-off series to The Walking Dead, entitled Fear the Walking Dead.

In 2005, Haslinger was approached by Ubisoft to score the video game Far Cry Instincts. Since then, he has scored a string of game releases, including Rainbow Six: Vegas, Wolverine, Need for Speed. Most recently he collaborated with Ben Frost on the score for the latest installment in the Rainbow Six series, entitled Siege.

The contents of this page are sourced from Wikipedia article. The contents are available under the CC BY-SA 4.0 license.
View Paul Haslinger 's image gallery
Image Gallery 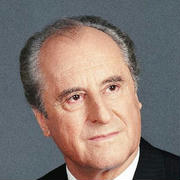