Paul Goldberger (born December 4, 1950) is an American architectural critic and educator, and a Contributing Editor for Vanity Fair magazine. From 1997 to 2011 he was the Architecture Critic for The New Yorker where he wrote the magazine's celebrated "Sky Line" column. He also holds the Joseph Urban Chair in Design and Architecture at The New School in New York City. He was formerly Dean of the Parsons School of Design, a division of The New School. The Huffington Post has said that he is "arguably the leading figure in architecture criticism".

He began his career at The New York Times, where in 1984 his architecture criticism was awarded the Pulitzer Prize for Distinguished Criticism, the highest award in journalism.

He is the author of several books, most recently "Building Art: The Life and Work of Frank Gehry," published in 2015 by Alfred A. Knopf; Why Architecture Matters, published in 2009 by Yale University Press; Building Up and Tearing Down: Reflections on the Age of Architecture, a collection of his architecture essays published in 2009 by Monacelli Press, and Christo and Jeanne-Claude, published in 2010 by Taschen. In 2008 Monacelli published Beyond the Dunes: A Portrait of the Hamptons, which he produced in association with the photographer Jake Rajs. Paul Goldberger’s chronicle of the process of rebuilding Ground Zero, entitled UP FROM ZERO: Politics, Architecture, and the Rebuilding of New York, which was published by Random House in the fall of 2004, and brought out in a new, updated paperback edition in 2005, was named one of The New York Times Notable Books for 2004. Paul Goldberger has also written The City Observed: New York, The Skyscraper, On the Rise: Architecture and Design in a Post-Modern Age, Above New York, and The World Trade Center Remembered.

He lectures widely around the country on the subject of architecture, design, historic preservation and cities, and he has taught at both the Yale School of Architecture and the Graduate School of Journalism at the University of California, Berkeley in addition to The New School. His writing has received numerous awards in addition to the Pulitzer, including the President’s Medal of the Municipal Art Society of New York, the medal of the American Institute of Architects and the Medal of Honor of the New York Landmarks Preservation Foundation, awarded in recognition of what the Foundation called "the nation’s most balanced, penetrating and poetic analyses of architecture and design." In May 1996, New York City Mayor Rudolph Giuliani presented him with the New York City Landmarks Preservation Commission’s Preservation Achievement Award in recognition of the impact of his writing on historic preservation in New York. In 1993, he was named a Literary Lion, the New York Public Library’s tribute to distinguished writers. In 2007, he was presented with the Ed Bacon Foundation’s Award for Professional Excellence, named in honor of Philadelphia’s legendary planner, and in 2009 he received the Gene Burd Urban Journalism Award from the Urban Communication Foundation. In 2012 he received the Vincent Scully Prize, given annually by the National Building Museum in Washington, DC to a person whose work represents "exemplary practice, scholarship or criticism in architecture, historic preservation or urban design." Previous winners have included Jane Jacobs, Prince Charles, the Aga Khan, and Robert A.M. Stern. In 2012 he was also awarded the Gold Medal of the National Institute of Social Sciences.

He has been awarded honorary doctoral degrees by Pratt Institute, the University of Miami, Kenyon College, the College of Creative Studies and the New York School of Interior Design for his work as a critic and cultural commentator on design. He appears frequently on film and television to discuss art, architecture, and cities, including a program on the architect Benjamin Latrobe for PBS. He has also served as a special consultant and advisor on architecture and planning matters to several major cultural and educational institutions, including the Morgan Library in New York, the Corcoran Gallery of Art in Washington, D.C., the Carnegie Science Center in Pittsburgh, the New York Public Library and Cornell and Harvard universities. He serves as special advisor to the jury for the Richard A. Driehaus Prize, a $200,000 prize awarded annually for traditional architecture and urbanism. He is a graduate of Yale University, and is a trustee of Kenyon College in Gambier, Ohio; the National Trust for Historic Preservation in Washington, D.C.; the Forum for Urban Design, and the New York Stem Cell Foundation.

He is married to Susan L. Solomon, who is the co-founder and CEO of New York Stem Cell Foundation, a research institute promoting stem cell research. They are the parents of three sons: Adam, a composer for film and television in Los Angeles, known professionally as Tree Adams; Ben, an assistant managing editor at Time magazine in New York, and Alex, who works for the Bill Simmons Media Group in Los Angeles. He resides in New York City and in Amagansett, New York. 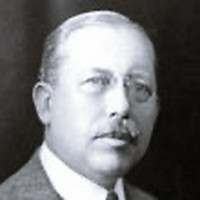 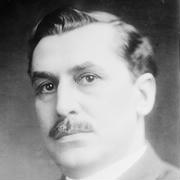